NSA Ajit Doval said it is time to have close consultations, greater cooperation and coordination among the regional countries on the Afghan situation. 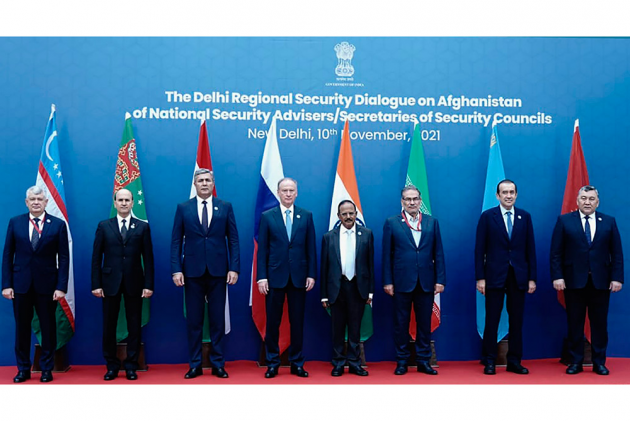 The eight-nation Delhi Regional Security Dialogue chaired by NSA Ajit Doval commenced in the national capital on Wednesday with nations like Russia, Iran, Kazakhstan, Kyrgyzstan, Tajikistan, Turkmenistan and Uzbekistan in attendance. In his opening remarks, Doval said it is time to have close consultations, greater cooperation and coordination among the regional countries on the Afghan situation.

Here are seven key topics that were discussed in the summit today:

1. All participating nations reiterated their support for stability, peace and security in Afghanistan in the wake of the Taliban taking over in August. Nations also agreed on non-interference internal Afghan affairs by outside powers and emphasised Afghan unity, sovereignty and territorial integrity.

2. Condemning the terror attacks in Afghanistan, the nations stated that Afghan territory cannot be used for harbouring, training or planning terrorist acts. The nations also called for collective cooperation against the menace of radicalization, extremism, separatism and drug trafficking in the region.

3. The eight nations expressed deep anguish and concerns over the humanitarian crisis in Afghanistan and the suffering of people.

4. The talks were also focused on the importance of forming an inclusive and open government in Afghanistan that represents all ethnopolitical factions and minorities in the country.

5. The nations also agreed on the need to preserve the United Nations institutions in the country as it has an important role to play in the development and peace of the war0ravaged nation.

6. Amid the talks about security and humanitarian aid, nations also re-emphasised their commitment to providing Covid-19 assistance to Afghanistan amid the pandemic.

7. Attention was drawn to the deteriorating socio-economic crisis in Afghanistan and countries underlines the need to provide urgent humanitarian assistance to the people of Afghanistan.

Why Afghanistan matters to India

Afghanistan continues to pose a security threat to the region as the Taliban faces a major challenge from the Islamic State of the Khorasan Province (commonly called the ISIS-K), which has spread its tentacles across the country. The ISIS-K is the Afghan variant of the ISIS, which at one time was one of the deadliest terror groups in the world. The ISIS-K is fighting the Taliban in Afghanistan to gain control of territory and spread its influence.