Ajit Doval Chairs NSAs Meeting In Delhi: Why India Is Hosting A Security Meet On Afghanistan

The ongoing Delhi Regional Security Dialogue on Afghanistan is being chaired by NSA Ajit Doval with nations like Russia, Iran, Kazakhstan, Kyrgyzstan, Tajikistan, Turkmenistan and Uzbekistan in attendance. 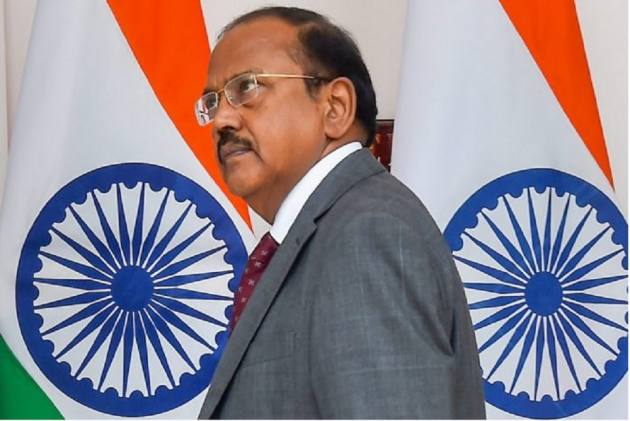 The eight-nation Delhi Regional Security Dialogue chaired by NSA Ajit Doval commenced in the national capital on Wednesday with nations like Russia, Iran, Kazakhstan, Kyrgyzstan, Tajikistan, Turkmenistan and Uzbekistan in attendance. In his opening remarks,  Doval said it is time to have close consultations, greater cooperation and coordination among the regional countries on the Afghan situation.

While chairing the dialogue on India on the Afghan crisis, Doval also said that the ramifications of the recent developments in Afghanistan are not likely to stay confined within the people of that country only, rather they would also affect its neighbours and the region.

Afghanistan continues to pose a security threat to the region as the Taliban faces a major challenge from the Islamic State of the Khorasan Province (commonly called the ISIS-K), which has spread its tentacles across the country. The ISIS-K is the Afghan variant of the ISIS, which at one time was one of the deadliest terror groups in the world. The ISIS-K is fighting the Taliban in Afghanistan to gain control of territory and spread its influence.

On Tuesday, reports from Kabul said that a top Taliban commander of the Haqqani faction, Hamdullah Mokhlis, an officer in the Babri Corps special forces, was killed during an ISIS-K attack on the Mohammed Daud Khan military hospital in Kabul. At least 18 others were killed in the suicide attack and scores injured.

That the ISIS-K is in a position to hit the Taliban in the heart of the capital city indicates that the new rulers of Afghanistan are not yet in a position of control and remains vulnerable even in Kabul.

There have also been several incidents of attacks on Shia mosques and monuments across the country as instability in Afghanistan continues. An unstable Afghanistan is the worst nightmare for the region. Keeping the situation in Afghanistan in mind, India’s National Security Adviser Ajit Doval is hosting a meeting to review developments and consider how best nations can manage to keep extremism from creeping across borders and posing a threat to their respective countries.

The Delhi Regional Security Dialogue on Afghanistan, slated for November 10, is also New Delhi’s attempt at remaining relevant in Afghanistan. Having put all its eggs on the Ashraf Ghani basket earlier and refusing to have any dealings with the Taliban in the last two to three years, despite urgings by friends including former president Hameed Karzai, India now finds itself completely out of the scene and irrelevant in that country. What is more, arch foe Pakistan is calling the shots and had a role in diffusing the infighting between Taliban factions and ensuring that those elements close to Pakistan are in positions of authority in the new Taliban government.

To make sure that New Delhi remains an outsider, Pakistan’s NSA Moeed Yusuf has turned down Doval’s invitation for the conference. However, Russia and Iran will be on the table. So will most of Afghanistan’s Central Asian neighbours. It is not certain whether China, Pakistan’s close ally will oblige. With India-China ties at an all-time low since the Ladakh face-off, in all likelihood Beijing will not attend. So far there has not been any formal response from China. NSAs or their equivalents from Uzbekistan, Tajikistan, Turkmenistan, Kazakhstan and Kyrgyzstan will also be in Delhi for the meeting next week.

Each country represented have fears of radical Islam. Most of the former Soviet Republics have little truck with political Islam and have secular governments. Many of them face threats at home from radical groups and want to make sure that these groups do not cross into their countries. The majority of the CIS states are on the same page with India, Russia and Iran on Afghanistan. The red lines are clear for India as well as the regional countries – Don’t export terror and make sure Afghanistan’s soil not used for attacks against neighbouring countries, rights of minorities and women in Afghanistan have to be protected.
Besides reviewing the dangers emanating from Afghanistan, the NSAs are likely to talk of intelligence sharing and efforts to ensure that their borders are sealed.

During the Taliban’s first term in power India was often targeted. The hijack of Indian airlines plane from Kathmandu in 1999 to Kandahar is still fresh in people’s mind. The fact that the BJP government of the day had to free hard-core terrorists in exchange of the passengers of the hijacked plane continues to trouble New Delhi. The Indian embassy in Kabul was attacked twice in 2008, leading to the death of a young foreign service officer and the defence attaché all stack up against the Taliban. Concerns now are of Islamists crossing over from Afghanistan to Kashmir with Pakistan’s help and targeting Indian forces in the valley.

Many former diplomats say that New Delhi needs to have patience and bide its time. India can come into the picture when development issues come to the fore. That may take time but there is no need to panic.