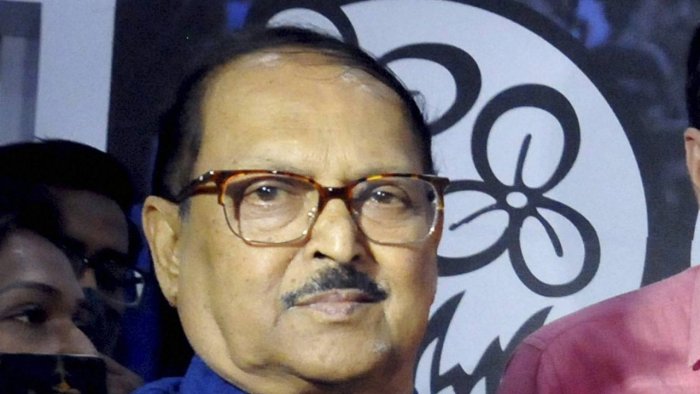 None of the Bengal Congress leaders who had a role in the state’s last Congress government (1972-77) that served during the Emergency, managed to remain relevant in the state’s politics after the Left Front government stormed to power to rule for a continuous stretch of 34 years till 2011. Siddhartha Sankar Ray, the last Congress chief minister, never won an election again. But Subrata Mukherjee, who died at a Calcutta hospital on Thursday night at the age of 75, was an exception.

He was the only minister in the state’s last Congress government who again became a minister after the fall of the Left’s three and a half decade rule.

Born in 1946, Mukherjee rose as a leader of the Congress’ student wing, Chhatra Parishad, during one of the most-turbulent periods in Bengal’s history - the Naxalite uprising in the late 1960s and the early 1970, when parts of the state, including the capital city of Calcutta, were thrown into chaos in a multi-corner armed conflict.

Mukherjee became a Congress MLA at the age of 25 in 1971. He won the controversial 1972 election as well, following which he was sworn-in as a junior minister in the SS Ray government in all departments held by the chief minister. This included home and information and culture, which is why he was also the minister in charge of media censorship. He was still in his 20s when the Emergency was proclaimed.

He went on to become one of Indira Gandhi’s favourite Congress leaders from Bengal.

During the 1970s and 1980s, the Congress in West Bengal became almost synonymous with the coinage Priya-Subrata, referring to the combine of Priya Ranjan Das Munsi and Subrata Mukherjee. However, while Das Munsi was later seen more engaged in politics in New Delhi, Mukherjee remained focussed in Bengal.

In a legislative life spanning 50 years, he lost the assembly election only twice - in 1977 and in 2006. However, he contested the Lok Sabha election thrice and lost each time.

He also served as Cacutta’s mayor between 2000 and 2005, and served as a prominent leader of the Congress’ workers’ wing, the Indian National Trade Union Congress.

It was under Mukherjee’s tutelage that Mamata Banerjee rose as a Congress student wing, and later youth wing leader, in the late 1970s and the early 1980s. However, later Mamata Banerjee grew taller in stature. After she formed the Trinamool Congress in December 1997, Mukherjee joined the party accepting her leadership.

The two had fallen out for a few years, resulting in Mukherjee’s return to the Congress, but he rejoined the TMC before the watershed 2011 assembly election and had been serving as one of the most important ministers in her government since then.

Mukherjee is also one of the only two ministers in her government since 2011 to retain the main portfolio, the other being finance minister Amit Mitra. Mamata Banerjee never took the panchayat and rural development department away from Mukherjee, a visible sign of her trust and dependency on his administrative ability in these very important departments in her government.

In the last decade, he was less engaged in the party’s organisation and remained preoccupied with his ministerial role. Even if the TMC party does not feel any vacuum due to his absence, the Mamata Banerjee government will surely feel a void that would not be easy to fill up.

On Thursday, Mamata Banerjee rushed to the hospital after hearing of his demise. However, she refused to see his body. “I can’t look at his body,” she told journalists. Even though she instructed a funeral with full state honour, he said she would not attend the ceremony.

“This is the worst calamity in my life,” she said, looking visibly distressed.