As per a resolution passed at the recently concluded 82nd AIPOC in Shimla, members will not be allowed to create a din on any issue during the Question Hour or during the Governor’s address. 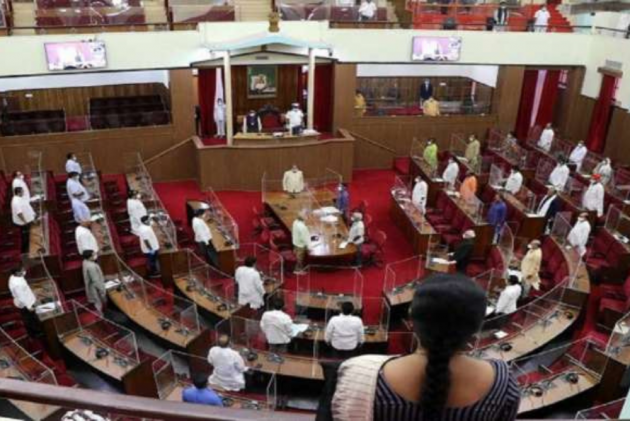 With the Opposition making it abundantly clear that it is in no mood to abide by the new rule barring pandemonium during Question Hour and the Governor’s address, the forthcoming winter session of the Odisha Assembly beginning on December 1 is all set to be a stormy one.

Speaker of the Odisha Assembly Surya Narayan Patro announced yesterday that as per a resolution passed at the recently concluded 82nd All India Presiding Officers’ Conference (AIPOC) in Shimla, members will not be allowed to create a din on any issue during the Question Hour or during the Governor’s address. The rule was aimed at maintaining order in the House during Question Hour which is often marked by ruckus, the Speaker said adding the members will be formally informed about the new rule during the customary all-party meeting before the session scheduled on November 29.

Soon after the Speaker made the announcement, Opposition chief whip and BJP MLA Mohan Majhi made it clear that party MLAs would not keep quiet on important issues and would continue to raise them in the House, just as they have always done. “Where is it written in the rule book that Opposition members cannot protest on issues inside the Assembly? We shall oppose the move when it comes up for discussion at the all-party meeting,” said a defiant Majhi.

Senior Congress MLA and party chief whip Taraprasad Bahinipati was less defiant, but also said his party would defy the rule if the Speaker does not allow members to raise important issues in the House. “No one wants din inside the House. But if the Speaker acts in a partisan manner and doesn’t allow discussion on important issues, we will certainly not sit quietly. He must remember that he is not the Speaker of BJD, but of the whole of Odisha. If he keeps his side of the bargain, we will not create a scene inside the House. But if he tries to stifle the Opposition voice and run the House as per the convenience of the ruling party, there would be pandemonium,” thundered the Jeypore MLA, who has always been at the forefront of protests inside the House.

Alarmed by the Opposition threat, the ruling BJD has drawn up a strategy of its own to foil the move. According to party insiders, the BJD proposes to move an adjournment motion on the hike in LPG prices on the very first day of the session in a bid to pre-empt the Opposition move to pin it down on various issues, the most important of them being the Bolangir lady teacher murder case. Besides, it is also working on a strategy to keep the Opposition divided so that government business is not affected in the House, the source said.

If past experience is any guide, the BJD may have the last laugh as the two principal Opposition parties in the state – the BJP and the Congress – have rarely had a coordinated strategy to put the government on the mat and have always worked at cross purposes in the House, letting the BJD off the hooks.