Odisha Could Emerge As Hottest Indian State By 2100, Experts Warn

Experts attribute the rise in Bhubaneswar’s temperature to large-scale construction activities leading to a significant loss of green cover. 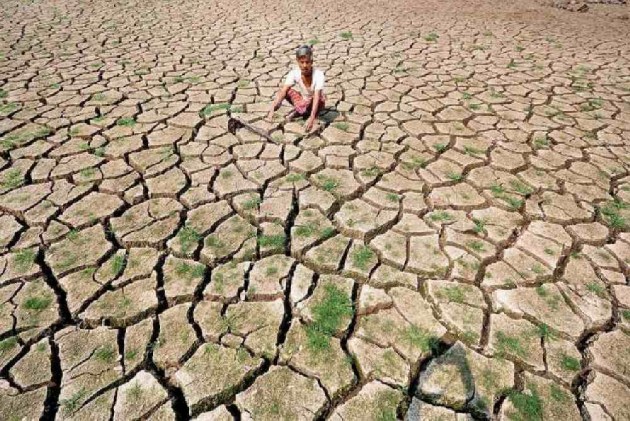 The projections are scary. Odisha could emerge as the hottest state in India by 2100 if mitigating measures are not taken urgently, warns an exhaustive, worldwide study done by researchers at the University of Chicago.

While average annual temperature in the rest of the country is set to rise from 24 to 28 degrees Celsius, it could rise from the present 28.87 degrees to 32.17 degrees in Odisha, says the India Climate Prospectus, a collaborative effort by the University of Chicago, Climate Impact Lab and Tata Centre for Development (TCD), released in Bhubaneswar last month. More worryingly, the study predicts that the number of days of extreme hot days (above 35 degrees Celsius) in Odisha could rise by a staggering 30 times from 1.62 to 48.8 while it would rise around eight times in the rest of the country. The toll in terms of human lives lost due to heatwave could be as much as 42, 334.

But don’t these figures amount to scare-mongering? Dr. Amir Jina, an assistant professor at the University of Chicago, who was closely involved in the study, does not agree. “The projected mortality figure comes with a rider. It will come true only if we don’t take measures to mitigate the harmful effects of climate change by reducing our carbon dioxide (CO2) emissions significantly. The projections are meant to motivate governments across the world to weigh the benefits of reducing greenhouse gas (GHG) emissions and switch to a low emission strategy. As a leading contributor to such emissions, India in general and Odisha, in particular, needs to start taking measures right away,” he told Outlook.

Dr. Sarat Chandra Sahu, Director of the Centre for Environment and Climate (CEC) at the Siksha O’ Anusandhan (SOA) University, Bhubaneswar and a former Director of the India Meteorological Department (IMD) weather station in the city, however, has an altogether different take on the issue. “Odisha, like the rest of the country, is witnessing a tectonic shift of the earth’s plate at the rate of five centimetres a year. When it goes beyond 30-degree axis and comes closer to the pole, temperatures in the state could actually come down,” he says.

With over 52 coal-fired thermal power plants already – and scores more lined up in the days ahead – there is little doubt that GHG emissions are a major contributor to the rising temperatures in Odisha. With its enormous deposits of coal, the Angul-Talcher mining belt in particular, is a major contributor to the rising temperature in the state. Dr Sahu adds the vast barren and unforested landmass to its north-west, which brings in hot air, as another reason for the rising heat in the state. “Large scale afforestation in western districts can help reduce temperatures,” he said.

The figure of 42, 000 doesn’t look all that unrealistic when viewed against the fact that 2,042 people were officially recorded as having died of heatstroke in the unusually hot summer of 1998. The death toll has dropped significantly in the years since then due to a series of mitigating measures taken by the state government and precautions taken by people themselves. But the temperatures have continued to rise almost every year. “Bhubaneswar used to be like a hill station in summer till the 1980s with the temperature rarely going beyond 36-38 degrees. But look what we have done to the city! It has become a hot chamber with temperatures frequently soaring over the 45 degrees mark in summer, made worse by a high level of humidity,” says Muktikanta Rout, a native of the city. Experts attribute the rise in Bhubaneswar’s temperature to large-scale construction activities leading to a significant loss of green cover.

As a state with enormous natural resources on the threshold of emerging as a major industrial hub, Odisha certainly is at a greater risk of suffering the effects of climate change and global warming than other states. But the good thing is all is not lost. It has time on its hands to ensure that the industrial growth of the state does not come at the cost of serious damage to the ecology endangering the lives of the people.