The state cabinet on Friday approved a scheme for farmers named KALIA (Krushak Assistance for Livelihood and Income Augmentation), which is another name of Lord Jagannath. 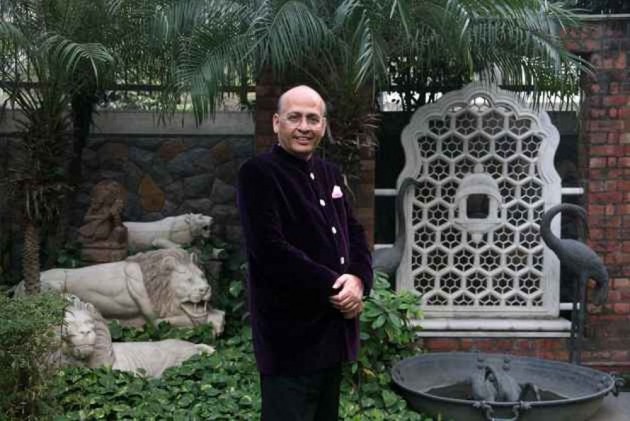 The state cabinet on Friday approved a scheme for farmers named KALIA (Krushak Assistance for Livelihood and Income Augmentation), which is another name of Lord Jagannath.

"The KALIA acronym was made to connect with the highest religious symbol of India, not only Odisha. This is totally insulting to somebody, who all of us revere. You drag Lord Jagannath into this kind of cheap politics," said Singhvi.

"Is it not a shame that you try to use the religious symbol for votes?" he asked.

He said the 'jumlewasi' disease of the Prime Minister seems to have infected Odisha Chief Minister Naveen Patnaik.

"In the KALIA scheme, there is no Hindi word except Krushak. All other letters are English in the acronym," the Congress leader said.

He said the Chief Minister, who was in deep slumber for 18 and a half years, suddenly woke up and announced a scheme for farmers to please them ahead of the elections.

Singhvi also accused the state government of insulting the Odisha people by staging a walkout during the no-confidence motion against the Bharatiya Janata Party (BJP) government in Parliament in July.

While leaders across parties in the Odisha Assembly sought an appointment with Prime Minister Narendra Modi to seek a hike in Minimum Support Price (MSP) on paddy, the Prime Minister did not give time to them, which was an insult to Odisha, said the Congress leader.

"But, the Chief Minister gave a reward to the Prime Minister by staging a walkout in the Parliament during the no-confidence motion, which in turn helped the government at the Centre," he added.

He also accused the BJP government of manipulating and misguiding people and the Supreme Court on the Rafale issue.

Singhvi said the government misinformed the court that the Comptroller and Auditor General of India (CAG) had submitted a report and it was also vetted by the Public Accounts Committee (PAC).

Describing the Rafale deal as the biggest scam in India, he demanded a JPC probe into the purchase of 36 defence aircraft from France-based Dassault Aviation.

"Our eloquent Prime Minister is surprisingly silent on it," said Singhvi.

He also attacked the government for coming out with a notification allowing 10 agencies to monitor, intercept and decrypt any information generated, transmitted, received or stored in any computer.

Singhvi said the move was a direct attack on the fundamental rights of the citizens and their right to privacy.