Cyclone Yaas, a 'very severe cyclonic storm', is threatening to cause destruction in the north coastal districts of Balasore, Bhadrak, Kendrapara and Jagatsinghpur. 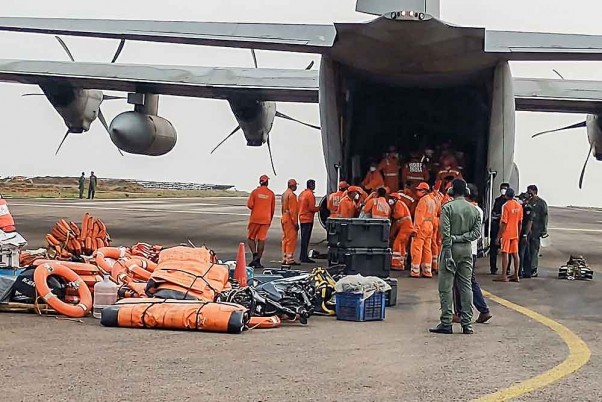 The month of May is turning out to be a nightmare for Odisha. For the third year running, the coastal state is bracing for a very severe cyclonic storm in the Bay of Bengal. In 2019, Cyclone ‘Fani’, which had landfall at Puri on May 3, played havoc in Puri and Khurda districts. On May 20 last year, Cyclone ‘Amphan’ devastated large parts of Balasore, Bhadrak and Kendrapara districts though the landfall was on the Bengal coast. And now, Cyclone ‘Yaas’, categorized as a ‘very severe cyclonic storm’ by the India Meteorological Department (IMD), is threatening to cause large scale destruction in the north coastal districts of Balasore, Bhadrak, Kendrapara and Jagatsinghpur.

As per the latest bulletin issued by the IMD, ‘Yaas’ lay centred about 390 km south-south east of Paradip and 460 km south-south east of Balasore. It has been moving north-northwest at a speed of 9 km/hr over the last six hours and is likely to hit the coast near Balasore around noon on Wednesday. The wind speed at the time of the landfall is likely to be 155-165 km/hr, gusting up to 185 km/hr, IMD said adding there could be storm surges going up to 4 meters on the Balasore and Bhadrak coasts.

Coastal Odisha has been experiencing intermittent rains since last evening while the wind speed has been around 40-60 km/hr in most parts of coastal Odisha. The rains have been relatively heavier in Balasore and Bhadrak, the two districts expected to bear the brunt of the cyclone.

Already stretched by the second wave of Covid-19, the Odisha government is pulling out all stops to minimize the damage due to the cyclone, especially loss of life. Evacuation of vulnerable people living along the coast has begun on a large scale and is likely to be completed by this afternoon. Over 15, 000 people have already been moved to cyclone shelters and other safe structures, special relief commissioner Pradeep Jena said this morning. As many as 52 teams of National Disaster Response Force (NDRF), 60 teams of Odisha Disaster Response Force (ODRAF) and nearly 200 teams of fire personnel have been pressed into service for rescue and restoration operations. Jena appealed to people not to move out of their homes till after the cyclone has passed completely. He also told them to pull down hoardings and billboards and not to use generators between 6 am to 6 pm tomorrow.

In a televised address, Chief Minister Naveen Patnaik appealed to the people to cooperate with the local administration and move to safer places before the cyclone. Since the cyclone is coming at a time when the state is already grappling with the rising cases of Covid-19, everyone should wear double masks so as not to aggravate what is an already difficult situation, the Chief Minister said.

Having experienced cyclones at frequent intervals, Odisha is among the best prepared states to face the fury of the sea. But Cyclone ‘Yaas’ is sure to stretch the capacity of the administration to the limits, coming as it does at a time when Covid 19 is already playing havoc in the state.