Odisha Students, Parents Up In Arms Over High School Results

The record pass percentage of 97.89% in the annual High School Certificate (HSC) examination this year has left both students and parents in Odisha fuming. 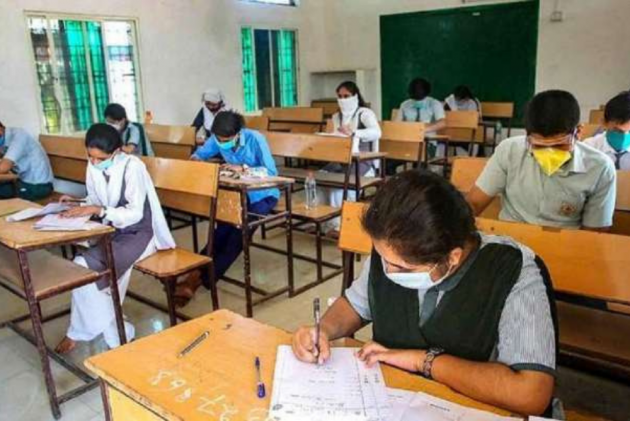 In any previous year, it would be hailed by everyone. But far from being welcomed, the record pass percentage of 97.89% in the annual High School Certificate (HSC) examination this year has left both students and parents in Odisha fuming. The outrage is not over the overall result per se, but over the marks secured by students.

Thousands of angry students and their parents protested in front of schools and education offices at the district and block levels on Monday and demanded a review of the marks given to students. Hundreds of students and parents laid siege to the road in front of the office of the Board of Secondary Education (BSE), which conducts the HSC exam, in Cuttack. Their grievance: meritorious students have got lesser scores than they deserved and run the risk of missing out on seats in colleges/higher secondary schools of their choice. “My daughter has already attempted suicide after receiving poor scores in the exams,” said the distraught father of a girl student in Bhubaneswar. His daughter had expected about 400 marks whereas she has been given only 215, he said. “My son secured 95% marks in the Class X practice test, but got only 60% in the final exams. How is possible?” asked the father of another student.

Notably, the BSE had to devise an alternative assessment system after the HSC examinations were cancelled due to the ongoing second wave of the Covid pandemic this year. The system devised after extensive consultations took into account the result of the Class IX exam, practice tests in Class X and the performance of the school in the last four years. Parents are objecting to the last criterion saying it has no logic. If a particular school did not perform well in the previous years, it doesn’t automatically follow that it would perform poorly this year too, they argue.

Teachers and parents of Saraswati Shishu Mandirs, schools run by the RSS-affiliated Shiksha Vikash Samiti, are a particularly peeved lot. These schools, which have been among the best performing institutions in the HSC exams in the state for the last several years, have performed poorly this year. “It is a conspiracy by the powers that be to deny Shishu Mandirs their due,” alleges the headmaster of one such school in Bhubaneswar who did not wish to be named.

What apparently triggered the statewide protest was the BSE decision to revise upwards the marks of 22 schools in Kisan Nagar block of Cuttack district. “The marks of one student, who had secured only 294 marks in the results declared on June 25, was revised to 592 after reassessment. How can we be sure that similar mistakes have not been made in other cases?” asked Bhagaban Mohapatra, father of a student.

Board authorities, however, have denied any wrongdoing in the evaluation process. “The marks were given in a very transparent manner as per the formula devised after extensive consultation among all stakeholders. There has been no manipulation,” asserted BSE President Ramashish Hazra said. “In any case, those who are not happy with their marks have the option of sitting for the offline examination to be conducted soon,” he pointed out.

But that is no consolation for those who feel aggrieved over the marks. For one thing, they fear they would lose out on admission to higher secondary classes since there is no guarantee when the offline exams would be conducted in view of the Covid pandemic. For another, having stopped studying since the cancellation of the BSE exams two months ago, they are in no mental state to go back to books at this stage.