Of Fathers And Sons: What Do A Bollywood Star And A Union Minister Have In Common?

On Sunday, both actor Shah Rukh Khan and union minister Ajay Mishra Teni made it to national news thanks to controversies involving their sons. 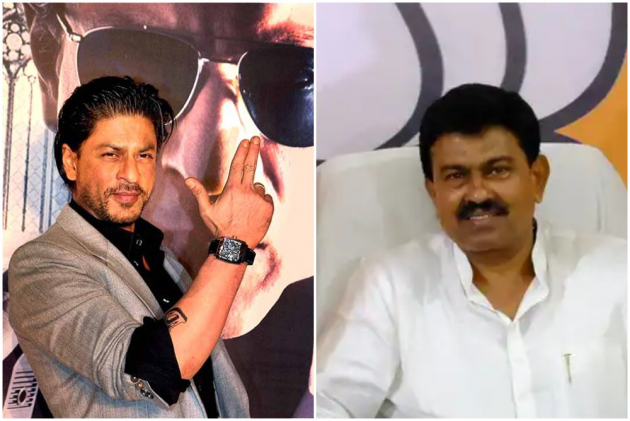 What is common between Bollywood a superstar and a Union minister? Ask Shah Rukh Khan and Ajay Kumar Mishra Teni.

On Sunday, both of them made it to national news thanks to controversies involving their sons - while one was arrested in a drug case, the other was accused of being involved in an incident that resulted in the death of eight lives in Lakhimpur Kheri. No prizes for guessing who is who.

Aryan Khan, the 23-year-old son of Shah Rukh, was questioned and later taken into custody by the Narcotics Control Bureau along with others in connection to a drug case following a raid on a cruise ship rave party. The NCB has now requested custody of Khan till October 7. Amid an outpouring of solidarity and criticism alike for "King Khan" on social media, Shah Rukh Khan has maintained a stoic silence on the issue so far.

Meanwhile, Ajay Mishra Teni, Minister of State, Home Affairs of India, has defended his son Ashish Mishra, who has been accused of being part of a convoy of cars that mowed over group of protesting farmers in Kheri’s Tikonia area in Uttar Pradesh on Sunday. Both Union Minister Mishra and his son as well as Deputy Chief Minister Keshav Prasad Maurya were reportedly part of the convoy. However, junior home minister Mishra has come out in support of his son and said that Ashish was not part of the convoy.

While Aryan and Ashish were facing allegations, their fathers were subjected to trials of their own. Google Trends history reveals that search for ‘Shah Rukh Khan’ spiked at 6.30 pm on Sunday when Aryan was arrested while searches for ‘Ajay Mishra’ surged at 8.30 pm, soon after news of the violence at Lakhimpur Kheri started breaking. Interest in both searches remained high throughout the evening and both Khan and Mishra trended on social media sites like Twitter.

It can, however, be argued that the influence and celebrityhood of these men is both a blessing and a bane for their sons.

Take Aryan for instance. Over the past 24 hours, Indians have gone over every available detail and dirt they could find on the young “star kid”. The NCB busting a Bollywood rave party is the stuff of SEO dreams and news outlets both legacy and digital milked the story to its best. TV packages with spurious headlines and voyeuristic insinuations blared across channels all day amid viral photos of alleged officers clicking selfies with Junior Khan.

Some on social media argued that the scrutiny invested upon young Khan was not just a waste of the nation’s time but also tone-deaf and insensitive. Some sympathetic observers even argued that Aryan was in fact the victim of his father’s popularity and that instead of ridicule (and probable jail time) he deserved help for substance abuse. To some extent, they were right. After all, a drug bust rarely causes any excitement unless celebrities (or their kids) are involved. And even then, the revelation is stale at best.

Those going on about the increase of drug use in the film industry are forgetting the long list of ’star kids’ who have previously been caught (and then easily let off) for experimenting with illegal substances. Take Sanjay Dutt, for instance, the son of actor Sunil Dutt, who was arrested in 1983 allegedly with over 300 grams of cocaine in his possession. While he was sentenced to 17 months in prison, Dutt only did a few months in jail for it. Feroz Khan’s son Fardeen Khan has also had his troublesome brush with NCB for purchasing cocaine.

It isn’t just drugs. Substance abuse is a common problem, especially among members of the film industry. Mahesh Bhatt’s daughter Pooja Bhatt battled with an alcohol problem for years, an issue she opened up about in a 2017 interview where she highlighted the stigma associated with substance abuse, especially when it happened to celebrities. Perhaps it is time to finally address the problem of substance abuse (and in the long term the larger problem of poor mental health) among the young and famous. Dissecting Aryan and Shah Rukh Khan’s personal lives, however juicy, may not be the way to go.

In any case, should Aryan Khan be let off easy because he is the son of the beloved King Khan? No. But does Aryan’s case deserve as much media scrutiny and national attention as it is getting? Perhaps not. It's a case of substance abuse and possible misuse of privilege but nothing more than that. It does not impact the everyday life of ordinary citizens and definitely does not warrant hour-by-hour media analysis.

In contrast, the case of Ajay Mishra and his son is of national and political importance. The farmers' movement has been on for nearly a year now with protesting farmers demanding a repeal of three controversial farm laws passed by the Centre last year. Was Ashish Mishra part of the convoy that rammed into farmers in Lakhimpur Kheri? Monday saw swift political developments across the poll-bound state with several Opposition leaders detained by UP Police while attempting to visit Lakhimpur Kheri. Protesting farmers have also lodged an FIR against Ashish Mishra, though his father and union minister maintained he was not aware of any such FIR.

What happens if both Khan and Teni's sons are found guilty? Would they defend their sons or use their influence to save them? Will justice prevail over privilege? It is yet to be seen. Which brings us back to the question we started with — What is common between a Bollywood star and a Union Minister? In this case, hopefully, a conscience.