‘OK Computer’: Has Artificial Intelligence Become More Overpowering Than What We Expected?

'We are rapidly moving towards a world where creativity and invention will be replaced by artificial intelligence', says filmmaker and producer Anand Gandhi on his series ‘OK Computer’. 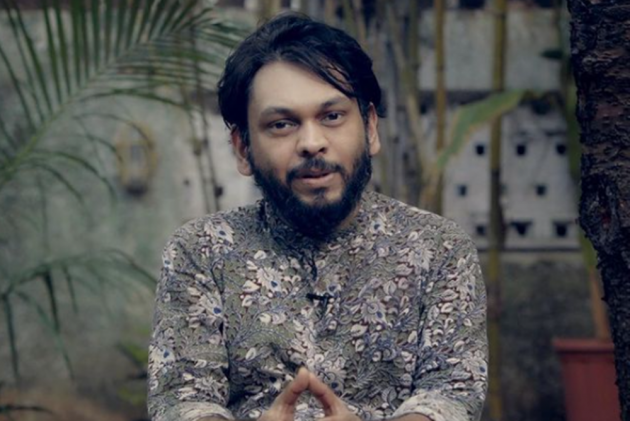 OK Computer is an unconventional series that focuses on the battle between ideologies – for and against technology. It poses the larger question: Has Artificial Intelligence, which was created by humans, now stopped being a boon and has taken over human lives?

The series takes you to the year 2031. On a quiet, smoggy night in a quaint coastal town in North Goa, when a self-driving taxi crashes into a human pedestrian, killing him instantaneously, a vexing question presents itself to the authorities - who is to blame? Is it the CEO of the taxi company? Or the supervising programmer on the night shift? Or could it be the car itself?

While the law scrambles to ascertain culpability, cyber cell agent Hari Kundu, played by Vijay Varma, discovers that this was no accident. He claims it to be a premeditated murder, only to be counter questioned by the feisty Lakshmi, played by Radhika Apte, who leads a private organization for the ethical treatment of robots – PETER, and firmly believes that AI is not capable of harming humans.

In a conversation with Outlook’s Lachmi Deb Roy, filmmaker and producer Anand Gandhi talks about his sci-fi series, OK Computer, the ethics behind artificial intelligence, trolley problem, the research that went into creating a futuristic world and more. Excerpts:

The idea behind OK Computer…

It was show directors Pooja Shetty and Neil Pagedar’s idea. They created this over the last few years. It started with an idea about a robot who gets entangled in some kind of a prank. It became a story about a robot wanting liberty and rights. Then it evolved into an idea of a kind of comic robot.  The story kept evolving over the years and my intention was of course to back the creative vision which Pooja and Neil had. The detailing of the universe was done entirely by them.

The show is wacky, it’s whimsical and quite crazy. It’s actually a very wild take on the future and our relationship with AI. The show re-asks a lot of ancient philosophical questions like the trolley problem for instance. The trolley problem essentially is a classroom philosophy problem which is basically stated like this- you are a driver of a trolley and the philosopher has lost the brake of the trolley. So, your trolley is now hurtling down the tracks. You can’t pull the brakes and your trolley is definitely going to hurtle down the tracks and kill the people while you are still in the driver seat and you can’t do anything. But you have one choice, to pull one liver and put it on another track. You can either hurt all three people on the track or pull the liver and hurt one person; the choice is yours.

There was a huge amount of academic research that went into it. The series talks about the AI -based decision-making system. The challenge was how to make India look like 2031. There is also the moral agency that the series talks about. It’s no longer a class room problem, rather it is a coding problem. Like if a self-driving car has the person sitting inside it and has to make a split decision whether to run over two people on the way or hurt himself out of the way thereby risk the life of one person sitting inside. What should the self-driving car do at that moment. It’s not a philosophical problem, but it’s an engineering problem. It’s a reality. We thought it was a very exciting problem to take on and have fun while doing the series.

How popular is the sci-fi genre? Are Indian audiences ready for it?

Well, it is getting increasingly popular as the scientific awareness of our society expands and as more and more people get exposed to global breakthroughs in scientific understanding. The more the audience gets exposed to that kind of insight coming from global research, the more they will want to understand and speculate where it is going next. That is actually the purpose of science fiction to speculate where all this is going to take us. And we cannot deny the fact that we are rapidly moving towards a world where creativity and invention will be replaced by artificial intelligence.

Has the pandemic exposed the people more towards sci-fi and made us more interested towards it?

It was a process that was already happening and very strangely the pandemic has not created sufficient thinking among the huge percentage of human beings around the world that there are two things that are extremely important for survival. One being constant rigorous scientific enquiry and the other is very good policy thinking towards deploying that science. These two things have not grown at a scale that they should have even after going through a pandemic. That realisation has not yet entered the minds of the people that it is good policy making and science that can save people across the world.

On artificial intelligence and ethics…

That’s exactly what the trolley problem is all about. It is no longer a philosophical problem, it is an engineering problem. What kind of rights can be allowed to artificial intelligence? The decision-making system tree was already very complex to arrive at a strong democratic framework because it’s a very complex question: how do you collectively make decisions that are good for many? What kind of collateral damage can you allow when you make decisions that are not good for a large number of people? The ethics of coding are very complex. This is just the beginning of it.