According to a Twitter post which provides a slew of confidential papers, Capt Sandhu was terminated for anti-management activities. 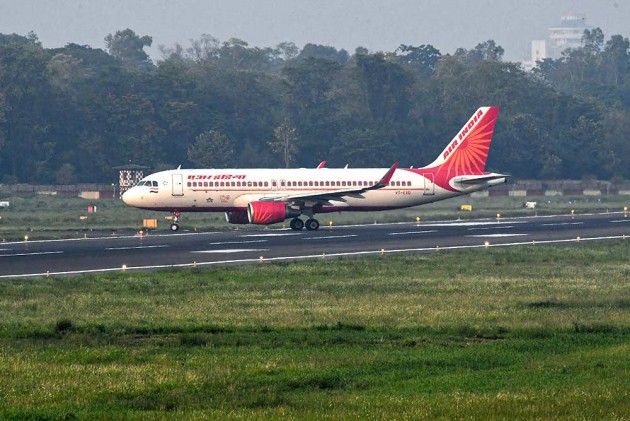 Fresh allegations have emerged against Captain Rajwinder Singh Sandhu, the newly appointed Director (Operations) of Air India, who was terminated for anti-management activities and has been shielding fraudster pilots.

According to a Twitter post which provides a slew of confidential papers, Capt Sandhu was terminated for anti-management activities.

He is also accused of shielding Capt Atul Chandra since July 2019. As per the post, Chandra has defrauded Air India of around Rs 2 crore in two years.

The post goes on to say that "if a thief, fraudster, crook returns returns D money it is admission of guilt but this Common sense was lost on Capt Sandhu. In fact based on d action Capt Atul Chandra shld hv been sacked without ny benefits. Capt Sandhu is defending d fraudster amounts to criminal conspiracy".

In a similar case, Capt Sandhu is also accused of shielding another pilot, Capt Karan Mann in 2018 who was facing similar charges of withdrawing excess amounts from Air India running into crores of rupees over several months.

The Finance Department of Air India had red flagged payments running into crores of rupees and foreign exchange in thousands of dollars over several months made to a pilot, Karan Mann in 2018, who was facing complaints of receiving excess payments as he was allegedly not flying.

However, a draft enquiry report by a committee of the northern region of Air India in Delhi in August 2018 came to the conclusion that no excess payments had been made.

"Capt Mann held a valid licence and was medically fit. No enquiry for any technical/non technical reason was pending against him and no specific instructions for grounding issued by Director General of Civil Aviation (DGCA).

In view of the above, Capt Mann has been paid only the relevant salary and flying allowances for the period under consideration and not paid the layover allowances. No excess payment has been made him.

Committee constituted by Regional Director (Northern Region) to enquire into the charges against Capt Mann for excess payment of allowances, the draft report said.

The committee was examining a complaint against Capt Mann for excess payment of allowances.

During this time, these complaints had Air India northern region and headquarters in a tumult with several departments involved. The Northern Region also passed on the issue to Mumbai which it said had made the payments.

General Manager Operations NR in a mail said in October 2018: "It is reiterated that the decision as well as payment for Pay and Allowances was made by CMS Mumbai. Therefore, in the interest of expediting the enquiry and seeking further clarifications, details of payments made to Capt Karan Mann may be directly sought from CMS Mumbai, which will clarify the draft report."

The red flag was raised by R.K. Sikka, DGM Finance.

In a mail to Narayan Koli, Mumbai Allowances, Sikka, Dy GM (Finance) wrote on October 16, 2018: "In my opinion, the payment of flying allowances also should not be payable as the payment is based on number of hours flown by a pilot and in this case, Capt Karan Mann has not flown due to not having the valid licence to fly the aircraft.

"It is therefore requested that clarification may please be provided whether salary and flying allowances are payable to Capt Karan Mann considering he was not having the valid licence to fly the aircraft and his PIC was also not renewed and he has not done any ground work during this period as informed by GM (Operations) NR office."

In a mail dated September 4, 2018, Sikka wrote about the draft report into the enquiry against Capt Karan Mann.

"Reference to the draft report dated August 31, in regard to enquiry of Capt Karan Mann. As you are kindly aware that in the last meeting which was held in your office, the undersigned had placed the copies of the payslips for the period April 2016 to June 2018 and copies of flying allowances paid to him during the period June 2016 to June 2018 amounting to Rs 47.45 lakhs and Rs 1.5 crore was paid towards salary and flying allowances."

"Whereas, he has been paid salary and flying allowances and layover allowances for the above mentioned period.

It is therefore requested that a meeting be arranged with GM (Operations), NR/Fin, NR/Pers before finalizing the draft report."

The mail was marked to GM Operations, GM Fin, GM CMS, GM Fin NR among others.