Chopra belongs to the community of Rors, a Hindu community, from Haryana. The Rors were considered descendants of Maratha soldiers who settled in Haryana after being defeated in the Third Battle of Panipat in 1761. Genetic scientists have found that the Rors have a very unique and distinctive ancestry among the Indian population and they have no ancestral link with Marathas or any other castes and communities. 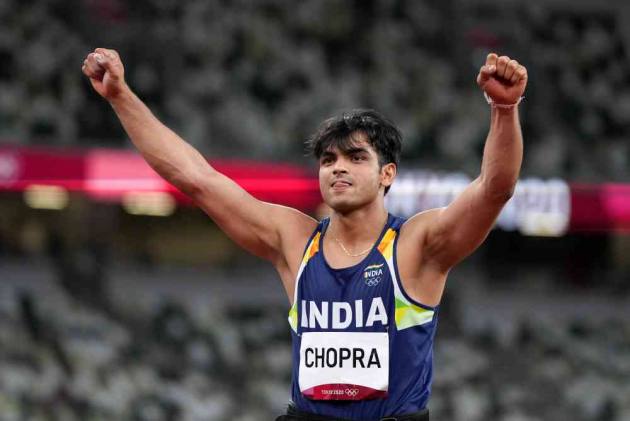 When Neeraj Chopra won the gold medal at the Tokyo Olympics in men’s javelin throw, it made every Indian feel proud of his historic feat. Amidst countrywide praise and admirations, different communities tried to appropriate him as their own.

Soon after news broke, the Chopras took to social media to stake a claim that a Chopra guy ended India’s 100-year wait for a medal at the Olympics.

Even Punjabis were not far behind in patting their back and exchanging greetings. The Punjab government announced an award of Rs 2.51 crore. Then came the Rajputs and Gujjars staking their claim on Chopra’s ancestry.

Soon, it came to be known that Chopra belonged to the Rors, a Hindu community, from Haryana. The news thrilled the Maratha community as they started calling him their own.

Their claim was based on an old myth, according to which, the Rors were considered descendants of Maratha soldiers who settled in Haryana after being defeated in the Third Battle of Panipat in 1761.

Interestingly, genetic scientists found that the Rors have a very unique and distinctive ancestry among the Indian population and they have no ancestral link with Marathas or any other castes and communities.

Led by professor Gyaneshwer Chaubey of Banaras Hindu University -- an international team of scientists involving Anurag Kadian, a Ror himself and an IIT Kharagpur alumnus, and scientists from ten institutions around the world prepared genetic data in 2018 on 254 individuals belonging to five ethnic groups living in the region of the Harappan civilization, and compare them with 1869 samples from around the world. These five groups are Ror, Gujjar, Jat, Kamboj and Khatri.

The research paper was published in the American Journal of Human Genetics. 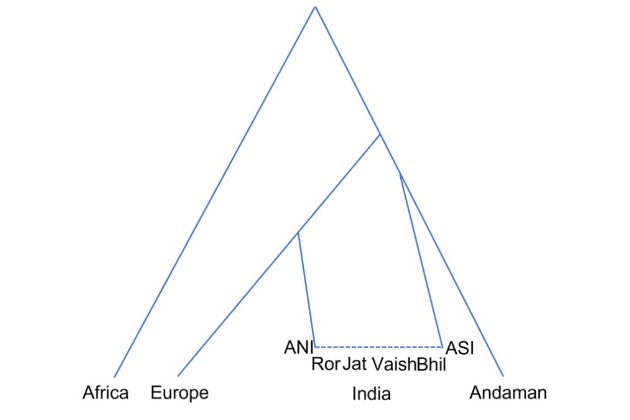 “The Ror community from which Neeraj Chopra belonged is such a rare population that is unique not only to India but to the whole of Eurasia,” Prof Chaubey said.

He added, “The research also found that Ror is the best representative of the Ancestral North Indians (ANI).”

Genetically, the Indian population falls between Ancestral North Indian (ANI) Ancestry and Ancestral South Indian (ASI) Ancestry. ANI Ancestry is related to West Eurasians (people of Central Asia, the Middle East, the Caucasus, and Europe). It is a mix of Harappan, and steppe related ancestry.

On the other hand, ASI Ancestry goes back 60,000 years ago, which came to India from Africa and it is also known as the ancestry of South Asian hunter-gatherers.

According to genetic scientists, every Indian has these two ancestries but the only difference is while some people are closer to the ASI Ancestry with more genetic similarity with South Asian hunter-gatherers while others are closer to ANI Ancestry largely composed of Harappan Ancestry.

“Out of all the Indian population, Rors are the only ones which show genetic features closest to ANI. Earlier research showed that the Kalash population of Pakistan were the closest one. But our study found for the first time that Rors are the closest,” Chaubey said.

He says that due to these genetic specialities, perhaps Rors are physically more robust than any other community.

Anurag Kadian, a research analyst now based in Australia, who also worked on this project along with Prof Chaubey and other scientists said that the genetics of Ror people is differentiated from many other populations in India due to their ability to digest milk quite well even in adulthood.

“This is called lactose tolerance and in our earlier study published in Oxford journal Molecular Biology and Evolution, it was found that Ror showed a peak for this ability to digest lactose (milk) properly in entire South Asia,” Kadian said.

So, that extraordinary ability to become strong using a vegetarian and milk-based diet was found in the Ror. Kadian says that Ror’s genetic similarity with the Eastern European people suggest that the Eastern Europeans may have gone from India and Iran side a long time ago, support for which is also observed in Lithuanian folk religion and culture.