Earlier, three other Kashmiri politicians were also charged under the same law, leading to questions about the Centre's claim of normalcy in the union territory. 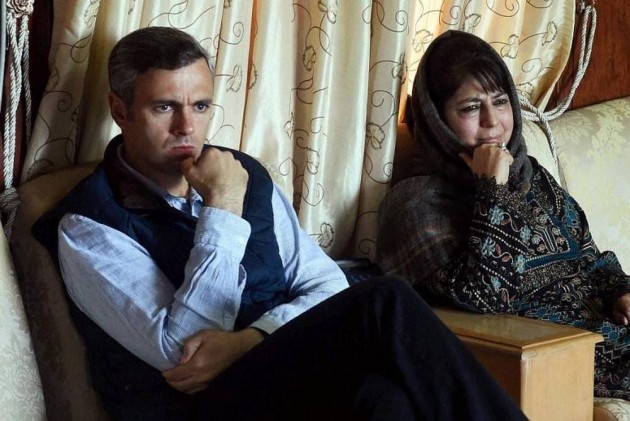 Two former Jammu and Kashmir Chief Ministers -- Omar Abdullah and Mehbooba Mufti -- who have been under house arrest for the past six months have been booked under the Public Safety Act, a stringent law allowing detention without trial for up to two years, Outlook has learnt.

Iltija Mufti, the daughter of Mehbooba Mufti, said she had no information about the development so far.

Earlier, three other Kashmiri politicians were also charged under the same law, leading to questions about the Centre's claim of normalcy in the union territory.

National Conference leader and former minister Ali Mohammed Sagar, former NC legislator Bashir Ahmed Veeri, and Sartaj Madani, the maternal uncle of Mebooba, were on Thursday booked under the PSA. They had been under preventive detention since August 2019.

Farooq Abdullah, the three-time chief minister of J&K and Omar's father, has also been kept in detention under the strict law.

Abdullah, along with several mainstream politicians, has been under detention since August 5 when the central government, amid communication blockade and clampdown, announced the end of special status to Jammu and Kashmir under Article 370 and split the state into two union territories.

The PSA has two sections -- 'public order' and 'threat to the security of the state'. The former allows detention without trial for three to one year and the latter for two years.

The PSA is applicable only in Jammu and Kashmir. Elsewhere in the country, the equivalent law is the National Security Act (NSA).