Amid confusion regarding Omicron and its properties, the new 'Delmicron' phenomenon seems to have left the world puzzled. So what is it? 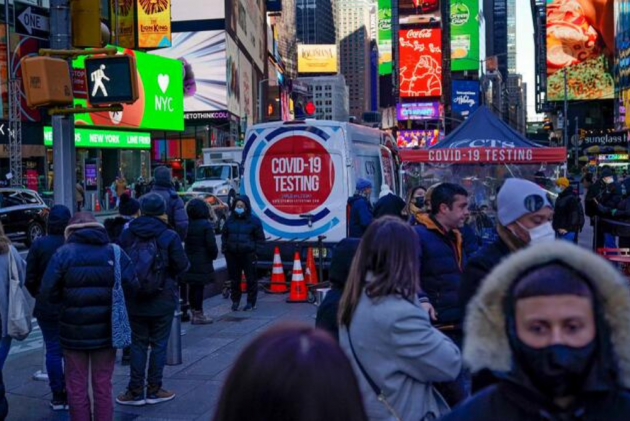 Even as the world worries about Omicron, the last 'variant of Concern' of Covid-19 identified by the World Health Organisation, a newer Covid-19 wave called the 'Delmicron' seems to be making its presence felt among the medical community. According to news reports, the new wave of Covid-19 cases in the West - a mix of both Delta and Omicron - is being referred to as Delmicron.

Amid confusion regarding Omicron and its properties, the new 'Delmicron' phenomenon seems to have thrown many off. We tried to answer some of the questions that people are searching on Delmicron:

Delhi Or Mumbai: Where Is Omicron Variant Of Covid-19 Spreading Faster?

Is Delmicron a new Covid-19 variant or mutation?

How does a Delmicron infection occur?

According to reports, Delmicron infection occurs when a person is simultaneously co-infected with Delta as well as Omicron. It can also occur when a person recovering from a Covid-19 variant such as Delta is reinfected with another variant such as Omicron. Experts suggest that such infections are rare but can happen due to exposure to crowded places where different people might be carrying and transmitting multiple variants of the virus.

What are the symptoms of Delmicron?

There are no symptoms of Delmicron specifically and even there are, none have officially been evaluated yet. So far, Delta and Omicron patients have reported similar symptoms including fever, cough, runny nose, headache and loss of smell and/or taste.  However, studies show that the effect of Omicron is milder than Delta, resulting in fewer cases of hospitalisation and death.

Is there a Delmicron wave in India too?

Even though cases of  Omicron have been steadily growing, an outbreak is yet to occur with total cases logged at 236 on Thursday. However, millions of Indians were infected by the Delta variant which drove the second wave earlier in the year. As of now, derivatives of the Delta variant are behind a majority of Covid-19 infections in India. It has not yet been observed how Omicron will react to the Delta strains existing in India.

What increases the risk of Delmicron?

According to experts, those with weaker immuno-response systems might be at a higher risk of double infection. Those wither comorbidities or other vulnerabilities such as old age might also be at higher risk of co-infection.

Not much is known yet about 'Delmicron'. But Covid-appropriate behaviours such as wearing masks and social distancing as well as avoiding unnecessary crowds remains a must. Vaccines are also one of the most important lines of defence available to people. In the US where the Omicron variant has already replaced Delta as the dominant strain, authorities are doubling down on vaccine coverage and booster shots to prevent a fatal new wave.

Is Delmicron also named on a Greek alphabet?

Unlike previous Covid-19 variants named on Greek alphabets (Delta, Alpha, Omicron) Delmicron - as the name suggests - is a combination of Delta and Omicron. It is not a Greek alphabet.

Is Delmicron the same as Diamicron?

While searches for Delmicron spiked on Google Wednesday onward, many confused netizens seemed to also search for 'Diamicron'. Perhaps a typo or an algorithmic mix-up? To clarify, Delmicron is not Diamicron. The former is a reference to a combination of Delta and Omicron variants while the latter, Diamicron, is a prescription medicine for diabetes.