With Omicron cases rising rapidly across the country, the Centre has warned that the spread of the new variant may outpace the Delta variant where there is community transmission. 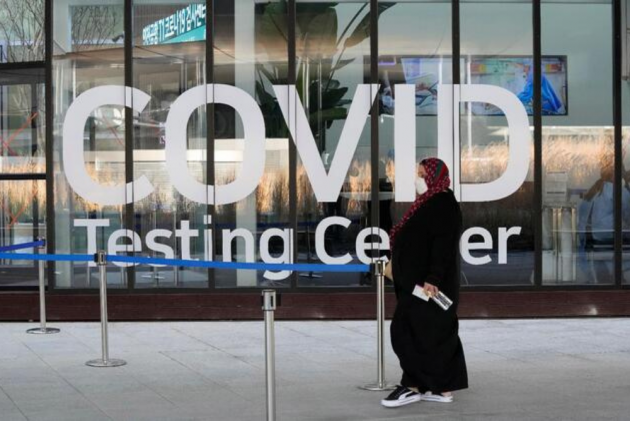 In a worrying development, the total number of Omicron Covid-19 cases in India crossed the 100 mark on Friday after the country recorded the highest single-day rise of 24 fresh cases of the new variant. With rising cases, the Centre has advised people to avoid non-essential travel and mass gatherings and keep New Year celebrations at low intensity.

As the Omicron tally from 11 states and union territories stood at 111 exactly 15 days after the first case of the potentially more contagious Covid variant was detected in Karnataka, 20 new cases were reported from Maharashtra(8) and Delhi(12) to take their total to 40 and 22 respectively. Telangana and Kerala recorded two more cases each to take their tally to eight and seven respectively.

The Centre also warned it is likely that the spread of the new variant will outpace the Delta variant where there is community transmission.

Here is the state-wise breakdown of Omicron Covid-19 cases in India at present.

1. Maharashtra: The tally of Omicron patients in Maharashtra has reached 40, making it the state with the highest cases of the new variant. The latest patient to add to the tally is a 29-year-old man who returned from New York and tested positive for Omicron in Mumbai on Friday. With the new case, the total number of Omicron infections in Mumbai alone have gone up to 15, including five who are from outside the financial capital of the country. But 13 of these patients have already been discharged from hospitals. In fact, none of the 15 Omicron patients found in the city so far has reported severe symptoms.

2. Delhi: Twelve more people tested positive for the new Covid variant Omicron in Delhi on Friday, taking their number to 22, and officials said most of them are "fully vaccinated" and "asymptomatic". Ten of the 22 patients have been discharged, Delhi Health Minister Satyendar Jain said. According to reports, most of the patients are fully vaccinated and asymptomatic. Delhi Health Minister Satyendar Jain confirmed earlier on Tuesday that the Omicron variant of the coronavirus has not spread in the community so far and the situation is under control. In view of the threat posed by the Omicron variant, the Delhi health department Friday evening issued an order directing hospitals to augment human resource, including doctors, nurses, paramedics, sanitation and security staff, on contract or through the existing outsourcing agencies against the vacant posts and extra 25 per cent of the sanctioned strength till March 31.

3. Rajasthan: There are a total of 17 Omicron cases in Rajasthan, making it the state with the third-highest Omicron cases in India. Of the 17, however, nine people have already been discharged from the government hospital they were being treated in after they tested negative twice.

4. Gujarat: Days after their return from Zambia in Africa, an elderly couple from Vadodara city of Gujarat has been found infected with the newly discovered Omicron strain of coronavirus, officials said on Friday. With the addition of these two fresh cases, Gujarat's Omicron tally has reached 7, of which three patients have been discharged from the hospital. Notably, Omicron has been found in the couple despite the fact that Zambia is a "non-high-risk" country.

5. Kerala: Cases rose to seven after Kerala on Friday logged two fresh cases of the Omicron variant of coronavirus. The new variant of the virus was detected in an elderly couple who arrived in Kochi from the UAE. The state had detected its first Omicron case on December 12 in Ernakulam district when a person who had returned from the UK tested positive.

6. Karnataka: The total number of Omicron cases rose to eight on Thursday in Karnataka after 5 passengers who landed in the Kempe Gowda International Airport in Bengaluru tested positive for the new variant. As many as five Covid-19 positive patients who had landed in the Kempe Gowda International Airport here have tested positive for the Omicron variant of the coronavirus following the genome sequencing test, officials said on Thursday. Four of the eight patients have travelled from "at risk" countries. Three of the patients have travelled from Delhi while another is suspected to have contracted the virus via contact with a foreigner.

7. Chandigarh: In Chandigarh, a 20-year-old man who had returned from Italy and was visiting his family tested positive for Omicron after genome sequencing, becoming the first Omicron case in the Union Territory. According to reports, the patient was asymptomatic and had been fully vaccinated with the Pizer Covid-19 vaccine in Italy. At present, the total number of Omicron cases in Chandigarh is two.

8. Andhra Pradesh: AP also has just two cases of Omicron as of Saturday. The state got its first Omicron case last week when a flyer who first tested negative upon landing in Mumbai, tested positive for Covid-19 upon his arrival at Vishakhapatnam. A second RT-PCR test confirmed a positive report after which the man was tested for Omicron. The man, however, tested negative for Covid-19 upon a retest.

9. Telangana: Two more Omicron cases have been reported in Telangana, taking the total number of cases of the new coronavirus variant in the State to eight, a health official said on Friday. Other than the eight, a boy from West Bengal who flew to Kolkata with his family members without entering the city after his samples were collected at the international airport here a few days ago was also found to be positive for Omicron. Observing that all the eight cases were those of passengers who arrived from abroad, State Director of Public Health G Srinivasa Rao said neither community transmission nor locals testing positive for Omicron occurred in Telangana so far.

10. Tamil Nadu: The state at present has just one confirmed Covid-19 case. However, as many as 28 people who arrived from both 'high-risk' and 'non-risk' countries till date have tested Covid positive along with S-gene drop, raising the suspicion of they being infected with Omicron.

11. West Bengal: The first Omicron case in West Bengal was recorded on Wednesday after a 7-year-old boy tested positive for the variant. The boy has since been discharged from the hospital.