Omicron Covid-19: PM Narendra Modi during his ‘Mann Ki Baat’ radio broadcast said individual alertness and discipline are a ‘big strength’ of the country in the fight against the new variant. 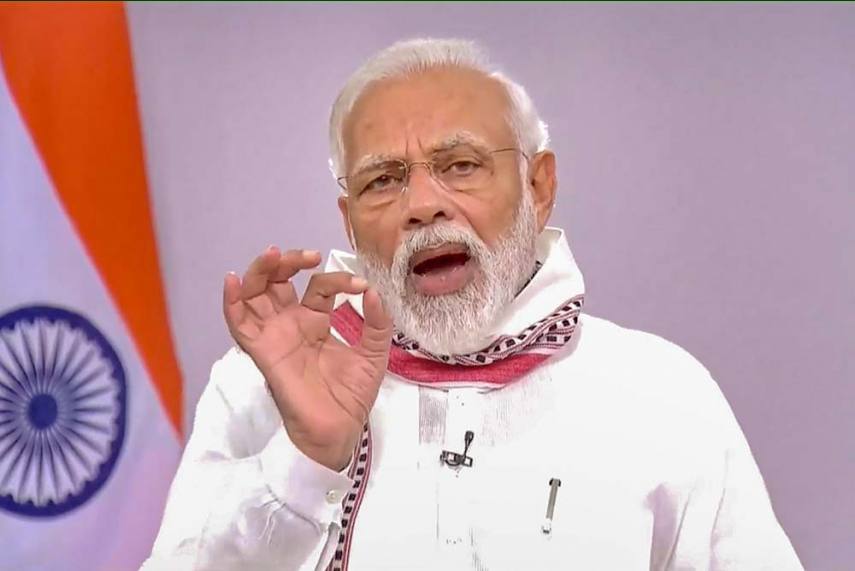 Amid rising Covid cases linked to Omicron, Prime Minister Narendra Modi on Sunday said individual alertness and discipline are a big strength of the country in the fight against the new variant of coronavirus.

In his Mann Ki Baat radio broadcast, Modi said India has done an "unprecedented" work in its inoculation drive if its vaccination numbers are compared with global figures. He, however, also asked people to maintain caution against the new variant of the virus.

"This new Omicron variant is being constantly reviewed by our scientists. Every day they are getting new data and steps are being taken based on their suggestions," Modi said.

Individual alertness and discipline are a "big strength" of the country in the fight against the new variant of coronavirus, he said.

Our experience of the last two years is that our own effort as a citizen is very important to defeat this global pandemic, he added.

"It is our collective strength which will defeat corona. We have to enter 2022 with this sense of responsibility," the prime minister said.

"Crossing the 140 million vaccine doses is an achievement of each and every Indian. This shows the trust of every Indian in the system; shows trust in science and in scientists; and is also a testament to the willpower of we Indians who are fulfilling our responsibilities towards the society," he added.

Modi on Saturday had announced that vaccination against Covid-19 for children between 15 and 18 years will start from January 3, while "precaution dose" for healthcare and frontline workers would be administered from January 10.

He had also said the precaution dose will also be available for citizens above 60 years of age and those with comorbidities on the advice of their doctor from January 10 next year.

In the address, Modi also talked about Group Captain Varun Singh, who succumbed to injuries at a military hospital in Bengaluru last week after sustaining serious injuries in the chopper crash near Coonoor that killed CDS Gen Bipin Rawat, his wife and 11 armed forces personnel.

Group Captain Singh was the lone survivor of the December 8 crash.

The prime minister talked about the air warrior's inspiring letter to his school weeks after he was decorated with the Shaurya Chakra award for displaying exemplary composure and skill.

Modi said, "After reading this letter, the first thought that came to my mind was that even after reaching the pinnacle of success, he did not forget to nurture his roots. Second, when he had time to celebrate, he showed concern for the generations to come. He wanted that the lives of the students of the school that he studied in should also be a celebration."

The Air Force officer had written if he could inspire even a single student, it would mean a lot, Modi noted, saying that he has in fact inspired the whole country.

The prime minister also said he is planning to interact with students like every year in "Pariksha Pe Charcha" programme and urged students and others to register for it on Mygov.in.

Praising the habit of book reading, he asked the listeners of the programme to mention five books which have been their favourites this year.

"At a time when the screen time is on the upswing, book reading should get more and more popular," he said.

The prime minister said there is a growing interest in the world to know about Indian culture and mentioned Serbian scholar Dr Momir Nikich who has compiled a bilingual Sanskrit-Serbian dictionary.

"A similar example is that of 93-year-old professor J Gendedharam of Mongolia. In the last four decades, he has translated about 40 ancient texts, epics and compositions of India into Mongolian language," he said.

Modi also lauded the "air gun surrender campaign" in Arunachal Pradesh which is aimed at stopping indiscriminate hunting of birds in the state rich in bio diversity.

He said to take the country to new heights of development, people have to make full use of every resource.

"In a way, this is also the mantra of Aatmanirbhar Bharat that is self-reliant India, because, when we use our resources properly, we will not let them go waste, only then will we recognise the power of local, only then will the country be self-reliant," he said, urging people to think big, dream big, and work hard to make them come true.

"I am fully confident that with this very resolve the country will move forward in the coming year, and 2022 will be the golden page of building a new India," he said.

Modi said he uses the monthly broadcast to highlight the good works of countless people working away from the glare of media instead of talking about his government's achievements.

Talking about such people is very comforting and gives deep inspiration, he added.