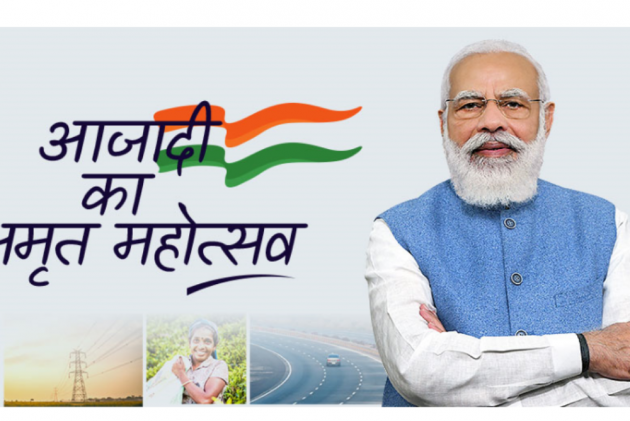 The omission of image of India’s first Prime Minister Jawaharlal Nehru from the poster of 'Azaadi ka Amrit Mahotsav' prepared by Indian Council for Historical Research (ICHR) has stirred controversy with Opposition parties terming it as “petty and atrocious”.

The exclusion of Nehru’s image from the poster of 'Azaadi ka Amrit Mahotsav’ celebrations to mark 75 years of Independence has triggered uproar with Opposition parties taking a strong notice of it.

There was no immediate comment available from the ICHR. Though central BJP leaders did not comment on the row, the party's Punjab unit spokesperson Gaurav Goel said Nehru was responsible for the partition.

Congress leader Jairam Ramesh termed the move "atrocious" while party spokesperson Gaurav Gogoi said it was "petty" and amounted to "injustice" as no country removes the first prime minister from a poster on the freedom struggle.

Another leader Shashi Tharoor said ICHR had "disgraced" itself by omitting Nehru's picture.
Shiv Sena leader and Rajya Sabha member Priyanka Chaturvedi said, "You can never look big if you diminish the role of others in the creation of an Independent India."

"Azaadi ka Amrit Mahotsav can only be celebrated when it acknowledges role of all. By omitting India's first PM, ICHR reflects its own pettiness and insecurity," she said.

"Do you know what India's first Prime Minister did to our Nation. He is responsible for the partition of our motherland and more blunders," he said in response to a tweet by Chaturvedi.
Congress spokesperson Pawan Khera asked if one's stature would rise by removing Nehru's photo.

"Will removing Nehru's photo increase one's stature? A dwarf will remain a dwarf," he said in a tweet in Hindi.

"Which other country would remove their first head of state from a website about the freedom struggle? ICHR's removal of Pandit Jawaharlal Nehru and Abul Kalam Azad is petty and an injustice. India will not forget that the RSS chose to stay away from the Indian freedom movement," Gogoi said on Twitter.

"It is not merely petty but absolutely ahistorical to celebrate Azadi by omitting the pre-eminent voice of Indian freedom, Jawaharlal Nehru. One more occasion for ICHR to disgrace itself. This is becoming a habit," said Tharoor while sharing the picture of the 'Azaadi ka Amrit Mahotsav' celebrations.

Ramesh also shared the picture and said, "Not surprising from this regime and its toadies masquerading as scholars but atrocious nevertheless." A host of other Congress leaders also shared the image on Twitter and said Nehru's contribution in the freedom struggle cannot be wiped away like this. (With PTI inputs)