Thousands of TMC supporters gathered at the venue, along the 6 km long stretch that the roadshow would cover, to have a glimpse of Mamata Banerjee. 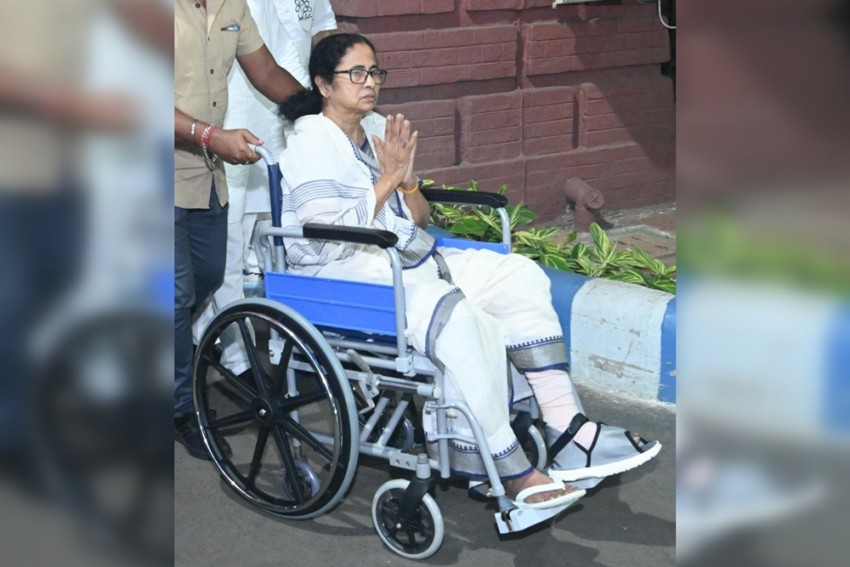 The wheelchair-bound Trinamool Congress (TMC) chief took part in a rally from Esplanade, the heart of Kolkata, remembering the Nandigram massacre on its 14th anniversary. The Nandigram massacre took place on March 14, 2007, in which 13 agitators who were part of the anti-displacement movement, fell to police bullets.

Thousands of TMC supporters gathered at the venue, along the 6 km long stretch that the roadshow would cover, to have a look at the chief minister.

Chose To Fight Anti-Bengal Forces In Nandigram As Mark Of Respect To Martyrs: Mamata

The March 14 incident 14 years ago had played a polarizing role across the state against the Left Front government led by the CPI (M)'s Buddhadeb Bhattacharjee. Soon after, thousands of people from different parts of the state had gathered in Kolkata to take part in an unprecedented rally that happened only at the call of some civil society members.

Nandigram is often considered to have played one of the most important roles behind the consolidation of civil society members, most of them subscribing to the left-wing ideology, behind Mamata Banerjee for a change of regime in the state.

Mamata Banerjee has always cited the success in anti-displacement movements in Singur and Nandigram against major industrial projects as the jewels in her crowns. One of her favourite political slogans is: "Bhulte Pari Nijer Naam, Bhulbo Na Go Nandigram (I can forget my own name but won't forget Nandigram.)"

Before moving out of her Kalighat residence for the event at Esplanade, she wrote on Twitter, "We will continue to fight boldly! I'm still in a lot of pain, but I feel the pain of my people even more. In this fight to protect our revered land, we have suffered a lot and will suffer more but we will NEVER bow down to COWARDICE!"

We will continue to fight boldly!

I'm still in a lot of pain, but I feel the pain of my people even more.

In this fight to protect our revered land, we have suffered a lot and will suffer more but we will NEVER bow down to COWARDICE!

After reaching the venue and paying floral tribute to the statue of Mahatma Gandhi, the rally started with Mamata Banerjee being helped in her wheelchair and other leaders of her party walking behind her. She was seen moving in her wheelchair with folded hands.

Mamata’s roadshow is going to cover a distance of about 6 km, from Esplanade in central Kolkata to Hazra crossing in south Kolkata. Hazra crossing near the chief minister's residence is known as an important political landmark at it is here that Mamata Banerjee was attacked by goons in 1990 and suffered head injuries.

Her decision to contest from the Nandigram seat has turned the place into the state's most high-profile Assembly constituency, as she is taking on her one-time pointsman for Nandigram, Suvendu Adhikari, who switched over to the BJP last year.

On Sunday, while attending an event in Nandigram commemorating the March 14 killings, Adhikari lashed out at the Mamata Banerjee government for having inducted into the party former police officer Satyajit Bandyopadhyay who was accused of playing a role in the police firing that claimed 13 lives.

"All police officers involved in the Nandigram firing had promotions during the Mamata Banerjee regime," Adhikari said in Nandigram on Sunday.