Armed Forces Flag Day is observed on December 7 every year to honour soldiers who valiantly fought on the borders to safeguard the country's honour. 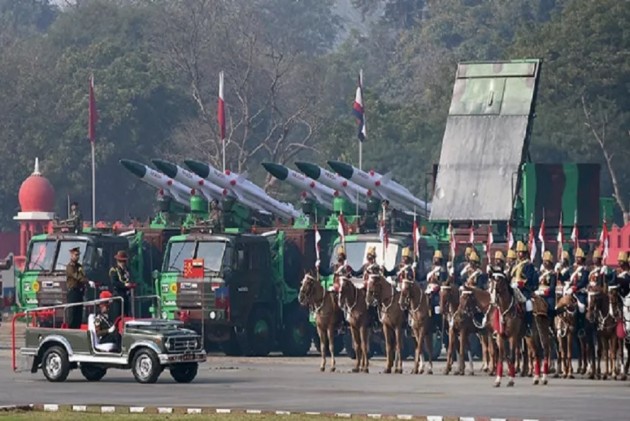 Union Minister of State for Defence Shripad Naik greeted soldiers on Armed Forces Flag Day on Monday and lauded their efforts and praised them for their sacrifices.

India has been observing December 7 as the Armed Forces Flag Day since 1949 to honour the soldiers who valiantly fought on the borders to safeguard the country's honour.

Extending his greetings to the armed forces, Naik, in a video message, said, "National security is of utmost importance for the future progress of our great nation."

Will Leave No Stone Unturned To Strengthen The Arms Of Our Armed Forces: Rajnath Singh

"We need to applaud and appreciate the magnificent efforts of our brave and patriotic soldiers whose heroic achievements in safeguarding the national unity makes us proud to call ourselves as Indians," the parliamentarian from Goa said.

Naik also appealed to citizens to contribute to the Armed Forces Flag Day fund, which is meant for resettlement and welfare programs for soldiers.

"Such a help, needless to mention, will go a long way in boosting the morale of soldiers, sailors and airmen in serving our country," he said.

The minister also said that while discharging their duties, "our soldiers, sailors and airmen remain susceptible to grave danger to their lives".

"In the past, many of our soldiers sacrificed their precious lives and many became permanently disabled. They and their families deserve our compassion to help overcome their difficulties and problems and lead a normal life," he said.

He said soldiers are the guardians of the nation and make many sacrifices to protect the citizens. "Let us all salute and support our gallant soldiers for their valour and patriotism," the Vice President said.