Chabahar port in Iran was initiated in 2003 as a way to bypass Pakistan and open Indian goods to markets in Afghanistan as Islamabad does not allow India access through its territory to Afghanistan. 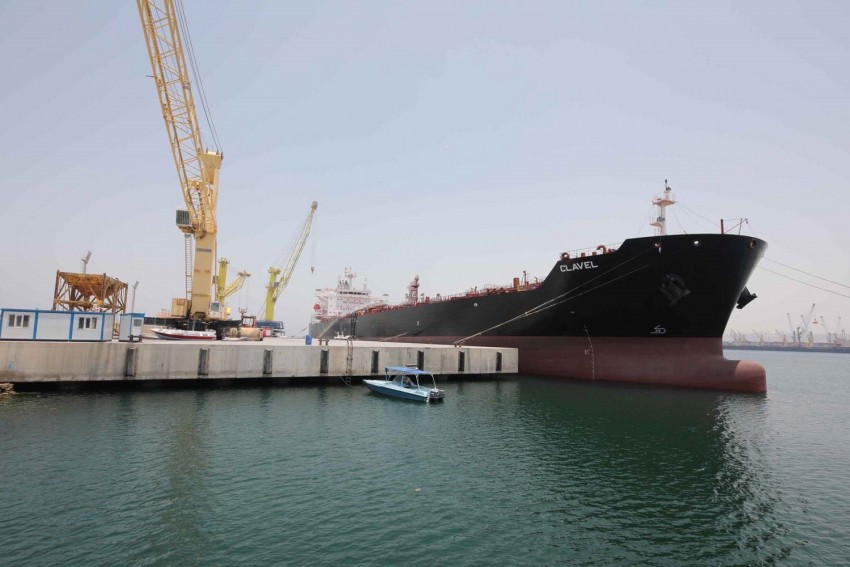 The grand strategic vision for the Chabahar port project has yet to materialise, thanks largely to the crippling sanctions regime slapped on Iran by the United States.

But at long last there appears to be light at the end of the tunnel. Foreign minister S. Jaishankar, speaking at a virtual meeting of the India Martime Summit, which celebrated Chabahar Day, held out hope for the future, saying: “The port is part of our shared commitment towards peace, stability and prosperity of the people of Afghanistan. India has utilised the Chabahar port to ship 75,000 MT of wheat as humanitarian food assistance to Afghanistan in September 2020.”

He said, “The Chabahar port has not only emerged as a commercial transit hub for the region but also facilitated the delivery of humanitarian assistance, especially during the Covid-19 pandemic.’’

With the change in government in Washington, tension with Iran has gone down considerably. President Joe Biden hopes to revive the nuclear deal signed during the Barrack Obama administration. In short, things may be looking up for the region. Chabahar was a big-ticket item initiated in 2003 as a way to bypass to Pakistan and open Indian goods to markets in Afghanistan and the larger Central Asian region. Pakistan does not allow India access through its territory to Afghanistan. India was to construct a 628 km rail track along the Iran-Afghanistan border to help carry goods from Chabahar port to the landlocked country. The Chabahar project is pivotal to India’s strategic interests as it competes with the China-built Gwadar port in Pakistan’s Balochistan province.

Chabahar has been a slow torturous nightmare for all involved, mainly because getting suppliers to deliver essential machinery was a nightmare for companies that could not do business in America, if they broke US sanctions on Iran. Though the former Donald Trump administration had exempted Chabahar from the general sanctions on Iran, it did not help much unless the material was going indirectly from India. Once Donald Trump walked out of the Iran nuclear deal, sanctions were back in full force and the project suffered.

Soon after Iran signed the nuclear agreement with the US, China, Russia, UK, France and Germany in 2015, and some of the more severe sanctions were lifted, things looked up. By 2016, when Prime Minister Narendra Modi visited Iran, the port was operational. In October 2017, when India’s first consignment of wheat to Afghanistan was flagged off by the late Sushma Swaraj, through Chabahar, there was general celebration in Delhi and Kabul. India operates the Shahid Behesti Port in Chabahar. There are hopes that the geopolitical environment will change if the US sheds off the belligerence of the Trump years and decides to engage with Iran. If that happens Chabahar will also thrive.

Despite India’s growing bilateral ties with the US, and Prime Minister Narendra Modi’s friendship with Donald Trump, Delhi did not close the door to Iran. Tehran was unhappy with India on several occasions, but the ties persisted. At one time there were reports that Iran wanted India out of the Chabahar - Zahedan railway project for delay in funding by Delhi. All that was later sorted out. Both defence minister Rajnath Singh and foreign minister Jaishankar stopped over in Iran during their respective visits to Moscow last year. India-Iran ties appear to have been smoothened out going by Jaishankar’s speech this morning.

“Today’s event reflects India’s strong commitment to work together with all regional stakeholders to enhance connectivity in our region and to provide unhindered access to the sea to landlocked Central Asian countries through Chabahar…..today also commemorates five years of the signing of the Tripartite Agreement on the establishment of a Trilateral Transport and Transit Corridor. This agreement is a fitting tribute to the rich civilisational, cultural and trade links between India, Afghanistan, Iran and Central Asia,” the minister said.

The Trilateral agreement was signed in 2016 during Prime Minister Modi’s visit to Iran. The idea is to ensure the smooth flow of commerce throughout the region and to create a safe, secure, and reliable route to trade initially with Afghanistan and the larger Central Asian region.

India is also hoping to connect this to the International North-South Transport Corridor (INSTC) trade corridor. In this India is partnering with 12 countries to establish an economic corridor for the benefit of our peoples. Uzbekistan and Afghanistan are keen on joining the multilateral corridor project.

Establishing an eastern corridor through Afghanistan would maximize its potential. India has proposed the inclusion of Chabahar in the INSTC route. If all that comes through it would be a win-win situation for the region. Is this India’s answer to China’s Belt and Road Initiative? We have to wait and watch.