A 34-year-old woman called the police on Sunday and asked them to take away her husband who had come home on Karwa Chauth after being named in a murder case. 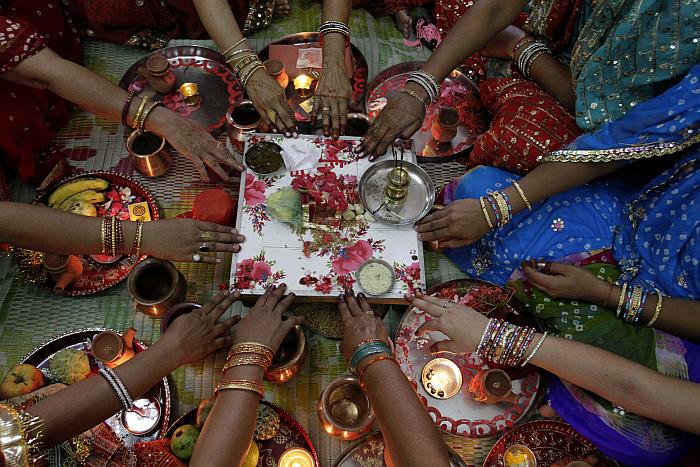 A 34-year-old woman in Uttar Pradesh got her murder-accused husband arrested on Karwa Chauth, a day that is celebrated by married women across the country to mark the long life of their husbands.

Shilpi called the police on Sunday and asked them to take away her spouse who had come home after being named in a murder case. The accused has been identified as Rajiv Gulati, a resident of Najafgarh's Ajay Park.

On October 19, the police received a call where the caller informed that his uncle's son had shot at his sister Vandana Gulati (31) and mother Kailash Gulati (62) in Najafgarh.

Vandana's statement was recorded where she alleged that she had given Rs 2 lakh to her cousin Rajiv's brother Ashu Gulati six-years back and sometime back, she had asked him to return the amount, police said.

She told police that Rajiv came to their shop, suddenly took out a pistol and fired several rounds at her and Kailash, a senior police officer said.

Meanwhile, on the day of 'Karwa Chauth', Shilpi called the Najafagarh police station and told officials that her husband, Rajiv, who was named in the murder case, had come home. She asked the police to take her husband away.

Rajiv disclosed that he had a monetary dispute with the deceased. After the incident, he fled to Haridwar and then returned to Jhillmil colony here. He had no place to hide and again left for Dehradun and later returned home on Sunday, police added.