Manmohan Singh referred to today's nuclear age "as an age of asymmetry, asymmetry in terms of doctrines, arsenals and technology". 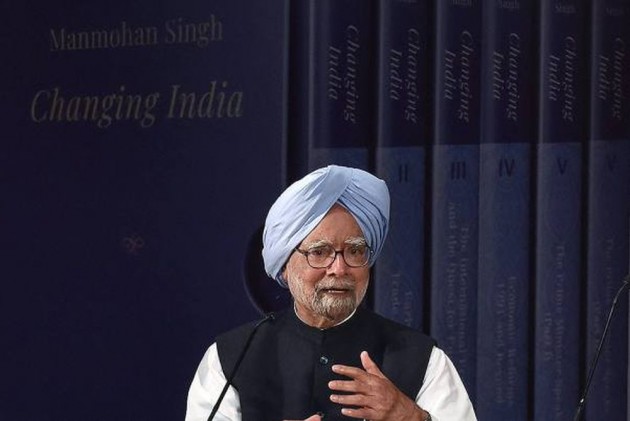 He was speaking at the book launch of Observer Research Foundation's  'Nuclear Order in the Twenty First Century' authored by former diplomat Rakesh Sood.

The existing nuclear global order is coming under strain with some of the old arms control agreements being consigned to history, Singh said.

Noting that nuclear science and technology have matured over the last 70 years, the senior Congress leader said it is now easier to access and acquire them, generating new proliferation risks and challenges.

Developments in artificial intelligence, growing space, and cyber vulnerabilities, have given rise to more uncertainties, he said.

"Many leaders are concerned that these lead to greater unpredictability and compress the time lines for decision making. It can lead to unintended escalation, increasing the likelihood of a nuclear strike, something the world has not seen since 1945," the former prime minister said.

Multipolarity has become a reality in the global economy but the political structures have yet to overcome the inertia of outmoded thinking, he said.

"Many countries are modernising their nuclear arsenals with tactical and low yield weapons, increasing the likelihood of their use. The goal of nuclear disarmament seems to be receding," Singh said.

Nuclear deterrence theories, developed to address the US–USSR Cold War rivalry, are being redefined by strategic thinkers in a world grappling with the threats of rising nationalism, extremism and terrorism, he said.

"India is the only country that had an extensive and advanced peaceful nuclear programme before we were compelled to shift in response to security threats and the only one that exercised nearly a quarter century of restraint after having demonstrated its technical capability.

"This is why we decided to base our nuclear doctrine on a credible, minimum deterrent and successive governments have also reiterated India's commitment to a no-first-use policy," Singh said.

He said the country's doctrinal approach has accordingly reflected a degree of continuity and the special waiver given to India by the Nuclear Suppliers Group in 2008 is a clear acknowledgement of "our impeccable non-proliferation credentials and our responsible posture".

The former prime minister referred to today's nuclear age "as an age of asymmetry, asymmetry in terms of doctrines, arsenals and technology".

It has to be ensured that the nuclear taboo that has prevented its use since 1945 continues to be preserved, Singh said.