Prime Minister Narendra Modi described the feat as 'a journey from anxiety to assurance' that has made India stronger. 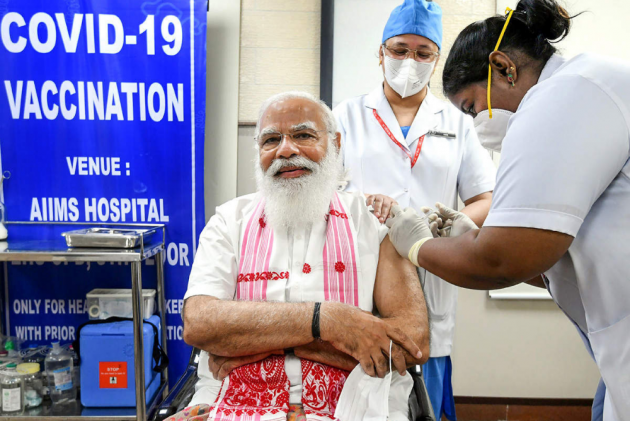 India on Thursday achieved the enormous feat of administering over 100 crore shots of the Covid-19 vaccines, a feat described by Prime Minister Narendra Modi as a journey from “anxiety to assurance” that has made the country stronger. He also credited the success to people’s trust in the vaccines despite “various efforts to create mistrust and panic”.

As of Friday, more than 102.4 crore shots of the Covid vaccine have been provided to the states and Union territories so far through the Central government, the health ministry said on Wednesday.

Significantly, about 65 per cent of the vaccine doses that have been administered have been in rural India, pointing to enormous equity when it came to vaccine distribution.

According to the ministry, over 10.78 crore balance and unutilised Covid vaccine doses are still available with the states.

India embarked on its massive vaccine drive to inoculate 1.38 billion people on January 16, 2021. However, the only healthcare workers were given the jab after the roll-out and later expanded to other sections of people. As of now, over 70 crore people have received at least a single shot of the vaccine while 31 crore people have received both doses. 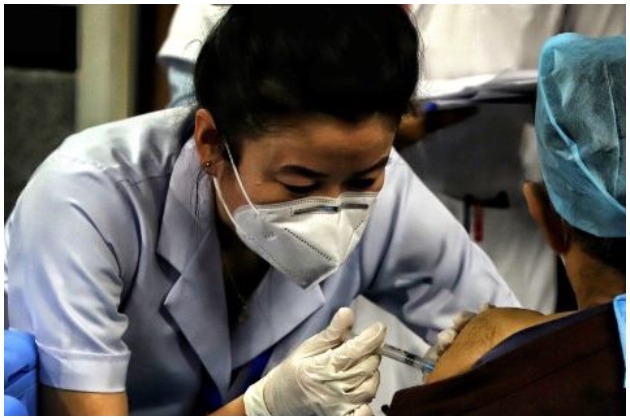 Vaccine Maitri is a humanitarian initiative undertaken by the Indian government to provide Covid vaccines to countries around the world. The government started exporting vaccines on January 20. India has so far delivered around 66.3 million doses of vaccines to 95 countries, including Canada, the UK, Bhutan, Bangladesh, Sri Lanka, Brazil, Nepal, South Africa, Ukraine and Bahrain.

India’s vaccination drive unfolded in a phased manner. In the first phase, which began on February 2, only frontline workers (frontline workers)—paramilitary forces, police, civic workers among others—were prioritised and made eligible for the vaccine. India had administered over 1.4 crore doses by February 28. As of now, over one crore healthcare workers have received their first vaccine shot.

From March 1 onward, the Covid-19 vaccinations became available to 60-year-old beneficiaries as well as those with comorbidities above the age of 45. The phase was kickstarted by PM Modi who received the shot at AIIMS Delhi.

By April 1, beneficiaries of ages 45 years and above became eligible for the vaccine. This period also coincided with the second Covid-19 wave in the country. By April 30, when India had already logged over 4 lakh Covid-19 cases for the first time, the total number of vaccine doses administered had already crossed 15 crores. 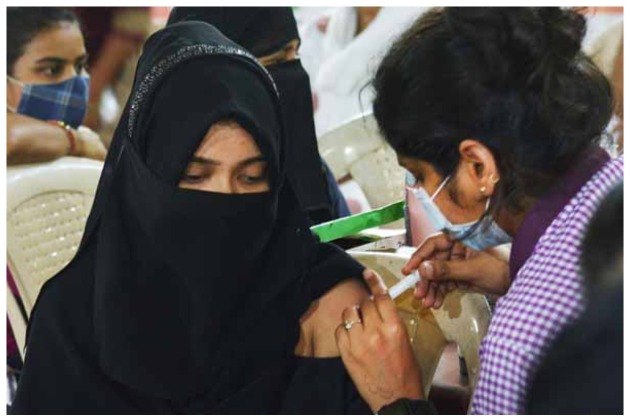 From May 1, the government made the Covid-19 vaccine available to all above the age of 18.

With rising Covid-19 cases and states reporting a shortage in vaccine supply, the Centre decided to suspend the Vaccine Maitri programme for exporting vaccines and instead chose to focus on meeting domestic needs first.

Around this time, the Centre took another decision that helped in increasing the supply of vaccines with states. On May 13, the Centre approved the increase of time between two doses of Covishield from 6-8 weeks to 12-16 weeks.

In June, the Centre announced that it will take over the vaccination drive from states from June 20 onward in order to meet the deficit being faced by states. 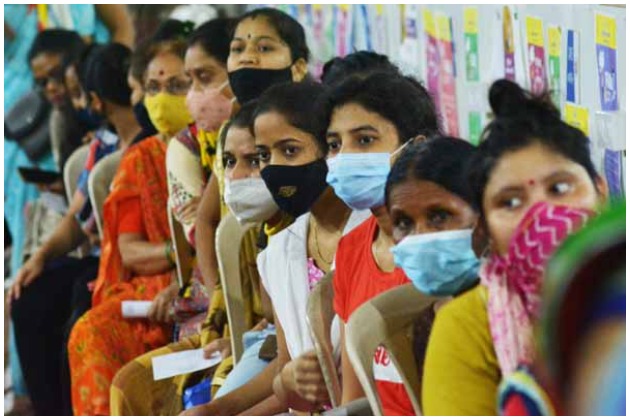 In September, after the pace of vaccinations returned to normalcy and supply of doses was normalised, the Centre announced that it will be resuming vaccine exports. The Union government is now looking toward a new phase of universalisation of the Covid-19 vaccination drive. Under this, the government will procure and supply (free of cost) 75 per cent of the vaccines produced by the vaccine manufacturers in the country to the states and Union territories, the Centre recently said.

Being a country that had almost no experience in undertaking a massive universal adult vaccination programme such as this, India fared well when it came to managing and increasing pace and supply of vaccinations at a time when the country was enduring one of the worst public health catastrophes ever.

Increasing pace of vaccines: The success of the vaccine drive may be seen in the increasing pace of vaccinations each month. From April 10 to May 25, India had administered 10 crore vaccines (in 45 days). The country administered nearly 20 crores more doses till August 7 (44 days), essentially doubling the speed of vaccinations. India took 85 days to touch the 10-crore vaccination mark, 45 more days to cross the 20-crore mark and 29 more days to reach the 30-crore mark, according to health ministry data. The country took 24 days to reach the 40-crore mark from 30-crore doses and then 20 more days to surpass the 50-crore vaccination mark on August 6. It then took 76 days to go past the 100-crore mark.

2-crore vaccine mark: India crossed the 1-crore single-day vaccination mark for the first time on August 27. On September 17, the Centre marked PM Modi’s birthday with a vaccine drive. A whopping 2.5 crore vaccines were given on the day. Since August 27, India has crossed the 1-crore daily vaccination mark five times, the last being on September 27.