One More AMU Doctor Dies Due To Covid, Toll Of Staff Succumbing To Infection Rises To 35

As many as 17 serving faculty members have died from coronavirus in the past three weeks and at least 18 retired teachers have succumbed to COVID and COVID-like symptoms, an official said 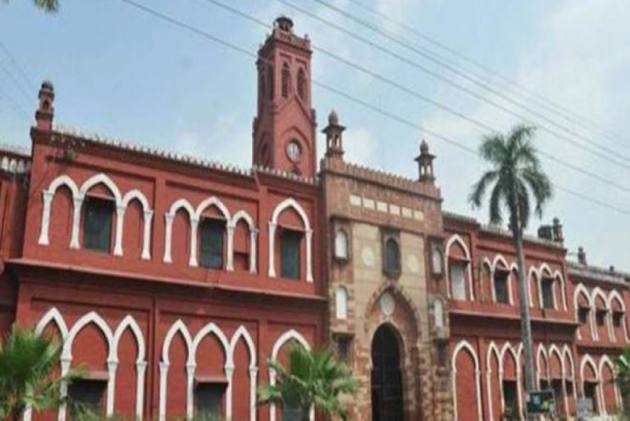 Previously, as many as 34 serving and retired faculty members died due to the virus, officials said.

On April 20, the first death of a professor was recorded. All the deceased professors lived in different areas of Aligarh city.

In a letter to the director-general of the Indian Council of Medical Research (ICMR), VC Tariq Mansoor had said, 16 serving and 18 retired teachers besides other employees of Aligarh Muslim University (AMU) have succumbed to the infection in the past 20 days.

Mansoor had requested ICMR to study if a particular coronavirus variant is circulating around the campus.

Prof Shoaib Zaheer (56) is the second senior faculty member from the Department of Medicine at Jawaharlal Nehru Medical College of Aligarh Muslim University (AMU), who has died from the infection.

Last week, the head of department, Prof Shadaab Khan, too had succumbed to it. He was Professor Zaheer’s brother-in-law.

The medical college had also sent some samples for genome sequencing to the Institute of Genomic and Integrated Biology Laboratory, New Delhi.

An AMU spokesman told PTI on Tuesday that the ICMR director general spoke to the VC on Monday night, informing that the samples are being "speedily processed".

He, however, did not give the exact number of deaths due to the infection among retired faculty members.

Professor Zaheer had tested positive for the infection last month and was shifted to a New Delhi hospital for treatment, his family members said.

His wife, daughter and mother had too tested positive for the infection and had recovered from it.

Professor Zaheer had joined the university in 1992.

Uttar Pradesh Chief Minister Yogi Adityanath spoke to the AMU VC over the phone, enquiring about the health of the patients and the staff at the medical college, the state government said in a statement issued in Lucknow.

The chief minister said as a large number of people live on the university campus, necessary steps should be taken to keep them safe.

So far, over 30 doctors at the medical college have contracted the infection, said a senior official, adding that three of them are under treatment at present.

Meanwhile, AMU Vice-Chancellor Tariq Mansoor expressed grief over the death of Professor Zaheer, saying doctors like him spared no effort in the fight against the virus.

He urged people to get themselves vaccinated, saying it is the only way to contain the spread of the infection.

AMU medical college Principal Shahid Ali Siddiqui too urged the teaching and non-teaching staff at the university to get themselves vaccinated, saying available data shows that those who have not taken it are at risk.

Meanwhile, the staff at the Jamalpur health centre said that they have "run out of vaccine stock" and are unaware when new stock will arrive.