'One Nation, One Constitution' A Reality Now: PM Modi In Independence Day Speech

"Our government does not delay decisions. We neither nurse problems nor keep them pending," PM Narendra Modi said while referring to Article 370. 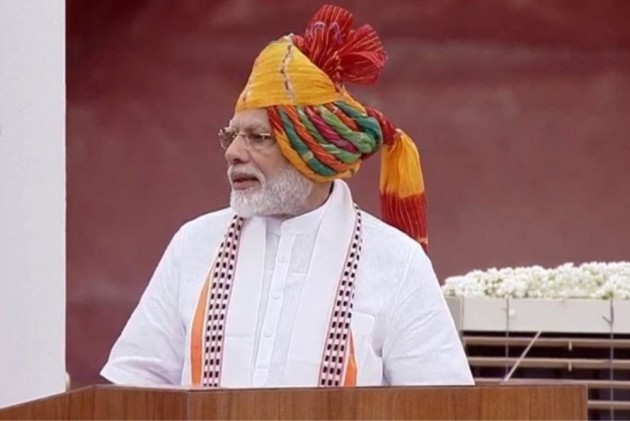 Prime Minister Narendra Modi on Thursday said that his government neither nurses problems nor keeps them pending and referred to the scrapping of special status to Jammu and Kashmir, saying India now is one nation with one constitution.

Addressing the nation from the ramparts of the Red Fort on the 73rd Independence Day, he also said that within 10 weeks of assuming power, his government has taken key decisions such as bringing a new law to ban the practice of instant triple talaq and scrapping provisions of Article 370 related to Jammu and Kashmir.

"Our government does not delay decisions. We neither nurse problems nor keep them pending," he said while referring to Article 370.

Previous governments made efforts in the past 70 years to deal with Kashmir, but it did not bear results, he said, adding "a new approach was needed".

He said his government has dedicated itself on all fronts in the service of countrymen.

"The spirit of one nation, one constitution has become a reality now. And India is proud of it," he said.

He also referred to the introduction of GST, saying it has given life to the dream of one nation, one tax.

"Today, India is talking about one nation, one election. It is good that such a discussion is taking place," he said referring to holding of simultaneous elections to Lok Sabha and state assemblies.

Modi also condoled the death of people in recent floods and assured the affected of all help.

He said if 2014-19 was an era to fulfil people's needs, the time since 2019 is about meeting aspirations and dreams.

"People's trust in us has given us new strength. The 2019 mandate shows that hopelessness has given way to hope among masses," he said.

He said, "In the last five years, we tried to improve ease of living. We will work harder in the next five years."

"Scrapping of instant triple talaq will help Muslim women live a better life. The decision should not be seen through a political prism...if we can take steps against 'Sati' custom, female foeticide and dowry, then why not against instant triple talaq," he asked.