Only 2 Win Out Of 10 BJP Ministers Contesting Haryana Polls

Eight of the party's ministers in the state lost the closely contested election. 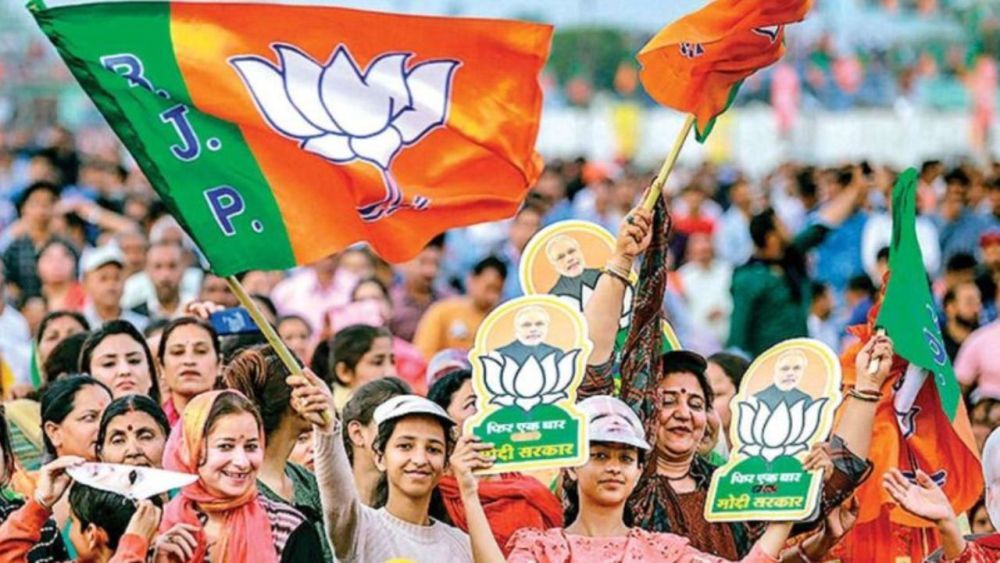 The incumbent BJP has bagged 40 out of 90 seats in the assembly with Congress and JJP securing 31 and 10 seats respectively.

Between the two ministers who won, Cabinet minister and five-time MLA Anil Vij retained his traditional bastion of Ambala Cantonment. The other minister Dr Banwari Lal emerged victorious from Bawal.

Vij drubbed Congress rebel Chitra Sarwara, who fought as an independent candidate, by over 20,000 votes.

The BJP had earlier denied tickets to two of its ministers -- Vipul Goel and Rao Narbir Singh.

Grover and Kamboj lost to their rivals by just over 2,000 votes, whereas other ministers faced defeat by over 10,000 votes.

Lone female minister in the Khattar cabinet, Kavita Jain, a three-time MLA, lost her traditional Sonipat seat to Surender Panwar of Congress by a margin of over 32,000 votes.

Among the other prominent faces for the ruling BJP who tasted defeat in the elections was its state president Subhash Barala.

He lost the contest from Tohana to Jannayak Janta Party candidate Devender Singh by a huge margin of 52,302 votes.

The three-time legislator and Congress Party's chief spokesperson was defeated by a margin of 1,246 votes. It was a second blow to Surjewala, who had tasted defeat in the Jind byelections early this year.

Sharma was defeated with a margin of over 10,000 votes.

Former BCCI president Ranbir Singh Mahendra's defeat was another setback for the party. He lost to JJP's Naina Chautala from Badhra with a margin of over 13,000 votes.

While Dalal was trounced by BJP candidate Deepak Mangla from Palwal, Dangi lost to independent candidate Balraj Kundu from Meham.

Congress candidate Ashok Arora, who switched over from the INLD before the polls, was defeated by BJP's Subhash Sudha from Thanesar.