The Prohibition of Child Marriage (Amendment) Bill, piloted by the Women and Child Development Ministry, seeks to increase the legal age of marriage from 18 to 21. 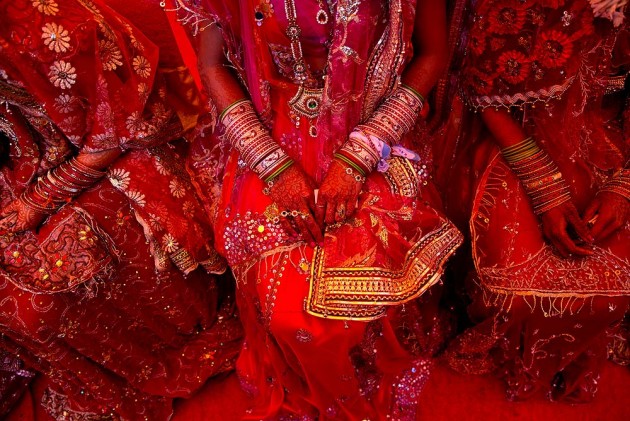 Among the 31 member parliamentary panel that have been assigned to examine the landmark bill for raising the legal age of marriage for women to 21, only one member is a woman.

The Prohibition of Child Marriage (Amendment) Bill, which will have wider influence over society especially females, was introduced in Lok Sabha during the winter session and referred to the Parliamentary Standing Committee on Education, Women, Children, Youth and Sports.

According to the members' list of the parliamentary standing committee, led by senior BJP leader Vinay Sahasrabuddhe, available on the Rajya Sabha website, TMC MP Sushmita Dev is the only woman among the 31 members.

Echoing similar sentiments, NCP MP Supriya Sule, who has been raising women-centric issues in parliament, said there should have been more women MPs in the panel which will deliberate on issues related to women.

However, she added that the chairman has the power to invite people before the panel. So for more inclusive and wider discussions, he can invite other women MPs.

The Department-Related Standing Committees are permanent, while joint and select committees are constituted from time to time to deal with bills and relevant subjects of various ministries.

These panels are constituted by both Lok Sabha and Rajya Sabha. The Parliamentary Standing Committee on Education, Women, Children, Youth and Sports is a Rajya Sabha administered Committee. Parties nominate members based on their strength in the House.

The proposed law will apply to all communities in the country and, once enacted, will supersede existing marriage and personal laws.

The legal age of marriage for women is being raised by the Centre on the recommendations of the Jaya Jaitly Committee that was constituted by the WCD Ministry in June 2020.

The introduction of the  Bill was opposed by some members who contended that the move infringed upon several personal laws in violation of fundamental rights and demanded that it be referred to a parliamentary panel for greater scrutiny.