Open Letter: Did Outlook Give Owaisi A Free Pass?

‘I feel the magazine failed to ask Mr Owaisi some uncomfortable, tough questions’. 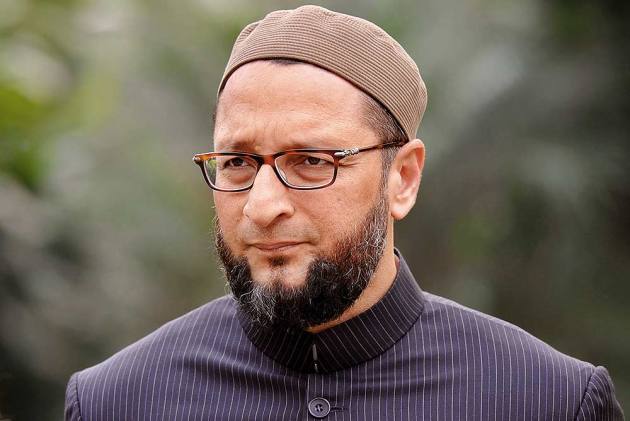 Your Cover Story on Asaduddin Owaisi is timely, topical. Yet there are issues that need to be highlighted.

Mr Owaisi is the flavour of the season. After having won five seats in Bihar’s Seemanchal, it’s being said that his party, the All India Majlis-e-Ittehadul Muslimeen (AIMIM), would be a factor in the West Bengal elections. Elections aside, I have seen Mr Owaisi’s enormous pull on social media. From Muslim youth to high-profile television anchors, many find him an attractive proposition. Mr Owaisi is always newsy. He claims to speak for the Muslims. Now, it’s also being said that there’s a need for a pan-India Muslim-only political party.

Look Back In Denial

‘There Is Yearning And Churning Among Muslims’

Mr Owaisi is a media-savvy, combative and articulate spokesperson. To his credit, he took his party beyond the frontiers of Hyderabad. From Telangana to Maharashtra to Bihar, he has come a long way. He now promises to be the X factor in state elections. Call him “BJP’s B team”, a “vote cutter”, a “leader in the Jinnah mould”, or whatever, Mr Owaisi has ensured that people, especially the media, cannot ignore him.

While Outlook put him on the Cover, interviewed him, carried a column by one of his partymen, and also carried a perspective column by political psychologist-sociologist Ashis Nandy, I feel the magazine failed to ask Mr Owaisi some uncomfortable, tough questions. I would cite only two.

In Mr Owaisi’s interview, and also in the guest column, there’s a glowing mention of Mr Owaisi’s younger brother, Akbaruddin Owaisi. It has been said that Owaisi Jr commands a sizable following among the Muslim youth. This is true. Those who track politics would remember how Akbaruddin, in a choc-a-bloc public meeting some years ago, was seen making an extremely provocative speech. He said: “We are 25 crore and you are 100 crore. Withdraw the police for fifteen minutes, and we will see who’s more powerful”. The crowd went into raptures. The video got viral and it can still be seen on YouTube.

This is the lasting image of the AIMIM that has stayed with many.

Outlook failed to ask Owaisi Sr if he subscribes to his brother’s worldview. When calls are being made for an all-India Muslim-only party, it’s important to grill Mr Owaisi on tolerance, amity and universal brotherhood. And, yes, on Akbaruddin’s place in the party hierarchy and his future role in the party.

Two, we all know that after the collapse of the Congress ecosystem, and the alleged indifference of the BJP ecosystem to the largest minority group, Asaduddin Owaisi is being seen as a viable option by many Muslims.

Democracy is all about voicing everyone’s concerns and reflecting diversity in earnest, but it’s only legitimate if questions are asked if Mr Owaisi’s rise is also problematic.

During the interview Outlook should have grilled him on the 2016 controversy, when Mr Owaisi said he would not say “Bharat Mata ki jai, even if a knife was put to his throat”. It’s unfortunate if any debate on secularism questions the sanctity of a slogan that is central to India -- “Bharat Mata ki jai”. These may be the times of polarising debates and acrimonious exchanges, but we can surely have some consensus on issues of national significance.

I would say that the scrapping of Article 370 and the complete unification of Kashmir with the Union of India is one such move where there’s an across-the-board consensus. So, when Mr Owaisi, during the course of the interview, talks about the scrapping of Article 370 as an attack on federalism, maybe the interviewer could have reminded him of the overwhelming national sentiment on the issue.

One unique feature of the last few years has been that many hitherto exclusivist parties and ideologies are speaking the language of inclusion. Look at Tejashwi Yadav’s recent Bihar campaign. Or, look at Mayawati’s new social experiments in UP.

When India is talking inclusion, is there – or rather, should there be – space for exclusivist ideas and parties? We Indians need to ask some tough questions to those who seek to create political fortunes by creating the bogey of the “Other”. It’s only through questioning and debates that we can hold the powerful accountable.

Outlook is a great platform for timely, topical debates and in-depth discussions. This trend should have continued – and should continue – with Mr Owaisi’s Cover story as well.

(The author, a JNU alumnus, is a former journalist. Feedback can be sent to skjthe@gmail.com. Views expressed are personal.)