OPINION | Mahua's First Lok Sabha Speech Is Commendable, But It's Time She Looks At What TMC Does In Bengal

Mahua Moitra, in her speech, emphatically pointed out that the ruling party’s "nationalism" was doing nothing but fuelling xenophobia, targeting one community and blaming it for all the shortcomings in our country, adding they were all "early signs of Fascism". 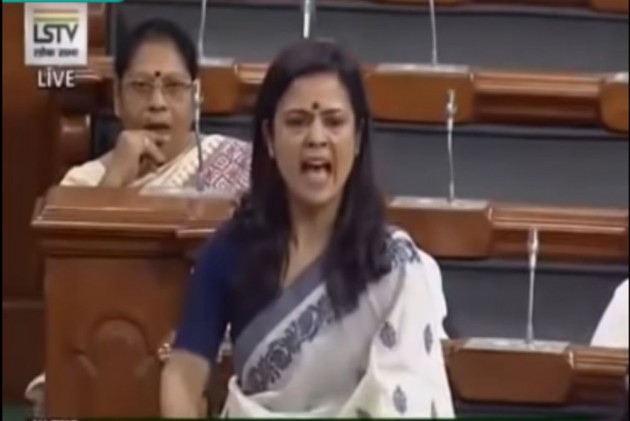 Trinamool Congress MP Mahua Moitra's maiden speech in the Lok Sabha has rightly drawn national media and people's attention for her spirited attack on the BJP. Some applauded her for the "rising fascism" speech, others said she “tore into the government”.

Many on social media hailed it as the "speech of the year". Moitra, in her speech, emphatically pointed out that the ruling party’s "nationalism" was doing nothing but fuelling xenophobia, targeting one community and blaming it for all the shortcomings in our country, adding these were all "early signs of Fascism".

As an elected representative, Moitra has done a commendable job in turning the focus on some of the more important issues of the day. According to her, the nurturing of superficial and xenophobic nationalism poses a serious threat to the country’s constitution. Contempt for human rights, subjugation and control of mass media, obsession with national security, mixing religion with government, according to her, are some of the high marks of the BJP rule.

While many debate the merit of the points raised by Moitra, one wonders if she could reflect on the state of affairs in West Bengal and examine the acts of her own party, TMC, and its government by the same yardstick?

The charge that the BJP government at the Centre is full of “disdain for human rights” will hold good for Mamata’s regime in West Bengal, too. Let's not forget that Jadavpur University professor Ambikesh Mahapatra and his neighbour Subrata Sengupta were arrested by Mamata’s police for merely circulating a cartoon against her.

Later, they were released by the High Court and the state Human Rights Commission ordered the TMC government to pay compensation to them. But the government ignored that. Similarly, a farmer, Shiladitya Choudhury, was arrested when he asked the chief minister, in a public meeting, how she proposed to help distressed farmers.

Without answering his question, Mamata ordered police to arrest him as a "Maoist instigator". He, too, was later released as no cognizable offence was committed by him. During the Lok Sabha elections, Priyanka Sharma, a BJP worker in Howrah, was arrested for posting a morphed photo of Mamata on social media. The Supreme Court released her, saying mere criticism of people in power did not constitute any crime.

Moitra has rightly criticised the BJP government for mixing religion with the administration. But can she claim that the Mamata government is free from it or any different? Mamata’s eagerness to mobilise the entire Muslim vote bank to her side had motivated her to use the government fund for appeasing the Muslim clerics, imams and muezzins. These, and a number of other measures, like pandering to the whims of the clerics on the issue of ‘Triple Talaq’, made the ground ready for polarisation on communal lines.

The country has seen cases of mob-lynching increase over the past few years, but the Central government remained unperturbed. In West Bengal, too, in the last eight years, we have seen the ruling party’s attacks on the opposition party workers and sympathisers, often leading to bloodbath and death.

Moitra has raised two important points: the growing trend of encouraging political dynasts in both the BJP and the Congress. She conveniently forgot that in her own party -- the TMC -- Mamata has brought Abhishek, her nephew, and positioned him as the unofficial heir apparent.

The Adhikari family of Sisir, his sons Shubhendu and Dibyendu, is another case. Her concerns about the erosion of independence in the electoral system are shared by many others.

But, did she forget the 2018 Panchayat election in West Bengal? Did she forget that more than 34 per cent seats went uncontested because of the violent measures taken by the TMC workers to keep the opposition out of the contest and the state election commission did nothing to prevent it?

Didn't she see her leader taking umbrage at the mere raising of slogans like ‘Jai Sri Ram’ and asking the police to arrest the sloganeers? Does she think that is an early sign of tolerance and plurality in our society? Moitra’s commendable speech would have been acceptable to many more people, cutting across party line, if, and if only she could also criticise her own party for mirror-imaging BJP’s politics.

(Rajat Roy is a senior journalist)