Opinion | No Progress On India-China Relations, Govt Creates Optical Illusion Ahead Of Elections

Aggressive border patrolling and infrastructure development by the PLA, transgressing into Indian territory due to a differing perception of the border can once again lead to another Doklam like the standoff in near future. 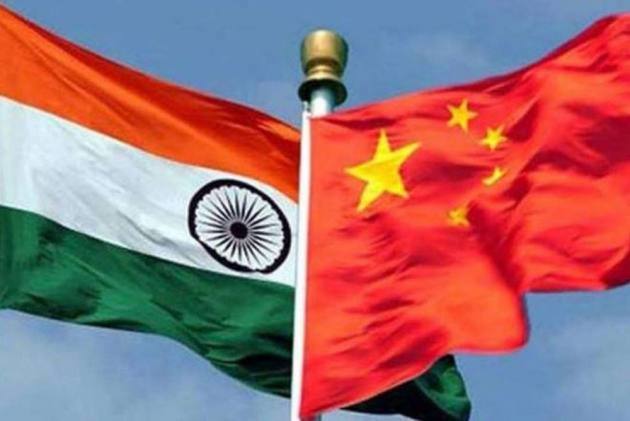 Both Indian and the Chinese sides are busy giving out positive optics of "all is well" to the people and the world which is being lapped up eagerly by all including the media after the Wuhan summit between Prime Minister Narendra Modi and Chinese President Xi Jinping. But there is no progress on any substantial issues between the two giant Asian neighbours competing with each other.

As the ruling BJP starts preparing for the upcoming general elections, there has been tremendous pressure on the Narendra Modi government to claim that relations have improved with China after the Wuhan summit.

Addressing a press conference ahead of the Army Day on January 15, the Indian army chief Gen. Bipin Rawat said: “We have been able to maintain peace and tranquillity along the Chinese border, particularly after the Wuhan summit. Common directions were issued and they are being followed."

However, 'No Progress' are the words used by the top officials of India when questioned about the most crucial 'hotline' between the two Armies and the boundary dispute resolution between India and China.

The Doklam standoff of 73 days seems to have been forgotten by the two biggest armies of the world with no lessons learned. The most crucial aspect of communications, the hotline between the two Armies to avoid repetition of Doklam, which can escalate to bigger conflict, is stuck due to 'face off' between the Army Generals on both sides. They are not willing to even give an 'inch'.

More than a year after the end of Doklam standoff, the Generals are stuck on protocol issues. The Indian Army wants the hotline must be between the Director General of Military Operations (DGMO) in Delhi and The Central Military Commission (CMC) of China based in Beijing. The Peoples Liberation Army (PLA) wants the hotline between the DGMO in Delhi and The Western Theater Command (WTC) based in Chengdu of Sichuan province. WTC is in charge of the entire India-China Line of Actual Control (LAC). PLA says there is no Lt General in CMC equivalent to the Lt General of DGMO. So the hotline must be with the WTC Lt. Gen. in-charge of Operations on LAC. Indian Army wants to keep Beijing in the loop and wants the hotline with CMC and not just a regional command at Chengdu.

No decision was reached at the 9th annual defence and security dialogue held in Beijing on November 13 last year between delegations led by Indian Defence secretory Sanjay Mitra and Lt. General Shao Yuanming, Deputy Chief of Joint Staff, Department of Central Military Commission of China, on the hotline. The press communique issued latter does not say anything on this important issue although the issue came up for discussion.

Even NSA Ajit Doval and Chinese State Counselor & Foreign Minister Wang Yi could not persuade the Army Generals to resolve the issue when they held the 21st round of border talks at Chengdu on November 24 last year. Both the special representatives could not also make any substantial progress on the long pending and highly contentious border dispute.

The members of the Standing Committee of Parliament on Foreign Affairs have expressed concerns at the aggressive Chinese infrastructure close to Doklam and other places along the border. The Indian Armed forces have fallen short of matching Chinese aggression at almost all points on the border.

Aggressive border patrolling and infrastructure development by the PLA, transgressing into Indian territory due to a differing perception of the border can once again lead to another Doklam like the standoff in near future.

While the officials of the Foreign Affairs Ministry blame the big egos of the Military Generals in not resolving these issues, the Army commanders blame diplomats and political leadership for putting undue pressure on them to accept an unequal solution to earn brownie points ahead of the 2019 Lok Sabha elections.

China has not yet agreed to declare Masood Azhar an international terrorist. But both Armies conducted the 7th round of hand-in-hand military drills at the WTC headquarters on tactical level operations as part of an international counterinsurgency/counterterrorist environment as per the UN mandate.

There have been many large delegations of military personnel visiting both sides, but the refrain among the Indian soldiers is China's 'always keep the gunpowder dry' and be prepared for the war approach.

Chinese Foreign Minister Wang Yi held talks with Sushma Swaraj for two hours in Delhi during the first meeting of the newly constituted India-China High-Level Mechanism on Cultural and People-to-People Exchanges. Think tanks forum, media persons forum and cultural programmes are held to improve relations. The participants at the 3rd India-China think tanks forum in New Delhi at the Indian Council of World Affairs on December 21-22 last also emphasized on the strategic communications between the two sides to avoid conflicts in the future.

As the ruling BJP starts preparing for the next general elections, there has been an increase in creating optical illusions to show that relations have improved with China after the Wuhan summit. President Xi is expected to visit India this year for an informal summit. However, there won't be any fruitful result until and unless the crucial contentious issues are not resolved.

The solution to all contentious issues including the border issues can be achieved only by 'give & take' and compromises. While President Xi Jinping has said he will not give even an inch of Chinese land to anybody, PM Modi cannot afford any attack from the Opposition parties alleging a sell-off to China ahead of the Lok Sabha polls. So as of now, it is a stalemate on the chess board with a hope that contentious issues don't flare up again.

(The writer is a freelance journalist based in Delhi. He can be reached at his Twitter handle @kjsingh001. Views are personal.)