Opinion | PM Modi on Man vs Wild: Political Leaders Today Are Trying To Explore New Avenues To Connect With Public

This image we saw of PM Narendra Modi with Bear Grylls on Man vs. Wild, was a shift away from a carefully orchestrated presence towards something that was ‘raw’ and less predictable. 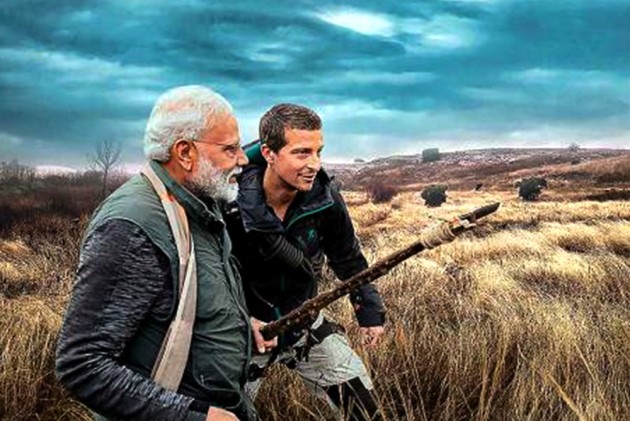 Millions sat glued to their television screens last night. But that was pretty much expected. How often do we see the leader of our country, in a setting like that? It was a break from convention - the Prime Minister - wet and cold, wandering in the jungle, sitting on a flimsy raft, bobbing up and down the river while chatting about life and sharing stories from his childhood. It was the perfect frame, no wonder we lapped it up.

In the past, our ruling elite always maintained a cold distance from the masses. It was a done thing in those days. Their communication was limited to microphones thrust into their faces, a press release, or a staid Doordarshan broadcast. The exchange was rigid, structured and formal. With the advent of social media, that changed. In India, Modi’s victory five years ago ensured Twitter’s legitimate place in connecting with the public.

However, the new media environment is dynamic and keeps developing in unexpected ways. Politicians, the smart ones at least, have realised the need to be agile and embrace all formats available to them in order to be visible. The field of political communication is expanding. In the digital age the audience is fragmenting across TV, radio, internet, print and social media platforms. With such a wide array of media options they need to keep changing the texture of their conversation to be able to attract and retain attention.

Narendra Modi does it well. We have pictures of him contouring his back into a yoga pose on the green lawns of his residence in New Delhi, as well as those of him meditating in an icy cave near the Kedarnath shrine in the Himalayas. He tweets, uses holograms, is impressive in his public appearances, speaks his mind regularly on the radio, and now he’s also on a TV show.

Political leaders do not want to confine themselves to an aloof ‘statesman’ role but are increasingly looking out for softer modes of engagement. They want to show the more human side of their personality that will find resonance and support from a much wider audience, especially the youth. Reality TV shows have the potential to reach out to even the most politically disinterested citizens. It is an opportunity to be authentic and spontaneous, to shrug off the negative connotations of being a politician and appear to be ‘like us.’

This image we saw of Modi with Bear Grylls on Man vs. Wild, was a shift away from a carefully orchestrated presence towards something that was ‘raw’ and less predictable. There were no gun totting bodyguards, no throngs of people surrounding him, no mikes, no entourage, no political handshakes and no podium. This was the image of a ‘normal’ man in an ordinary setting. He told us about his father writing postcards when it rained, his mother commanding him to release his baby crocodile back into the river, his stint in the mountains to find his god, and the fact that he feels no fear. Mr. Modi got his message across in a format that was much more palatable than a boring two-page press release.

Modi featuring on a Discovery channel television show is a part of a broad trend of media strategies that focus more on ‘infotainment’ vis-a-vis traditional political communications. Leaders the world over are trying to explore new avenues. China’s Tencent introduced an online viral video game that allowed players to clap for President Xi Jinping by tapping on their screens to show appreciation. British MPs are often seen on reality shows on TV, crawling like cats and baring their hearts. (Not that it works every time!) In America - they actually elected a reality TV star to be President! The Russian President takes his shirt off practically every summer vacation. You have to admit, it is so much more fun to watch a shirtless Putin riding a horse or spearing a fish rather than listening to him speak on the effect of western sanctions on his country.

Popular culture is increasingly getting intertwined with political communication. Memes, jokes, photographs, forwards that naturally follow such an outing all go towards building momentum, steering conversations, and building the brand.  Social media platforms are more likely to see and circulate posts about personality, drama and controversies rather than straight politics.

Interestingly, we are beginning to see this in India too. New media is a pervasive force in politics and is fast changing the communication content and style between leaders, journalists and the common man. Who would have imagined this a few years ago.