TMC Supremo Mamata Banerjee is set to meet the leadership of the Shiv Sena and NCP. It comes in the backdrop of her deliberate decision not to meet Sonia Gandhi during her visit to New Delhi last week. 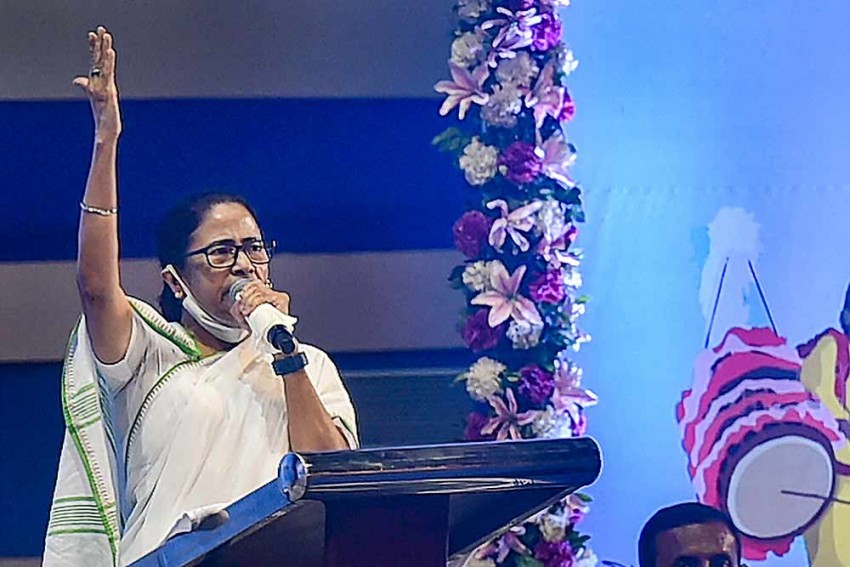 Churchill Alemao, a former Goa chief minister and at present the sole Nationalist Congress Party (NCP) MLA in Goa, had been giving ultimatums to his party over the past few weeks to finalise the seat-sharing deal with the Congress at the earliest. Else, he would make his own decision. On Monday night, he reached Calcutta and is scheduled to meet leaders of the Trinamool Congress (TMC), West Bengal’s ruling party, which is on a national expansion drive.

If he finally joins, he will be the second former chief minister of the western coastal state, after Luizinho Faleiro, to join the TMC quitting the Congress. Faleiro is currently a national vice-president of the TMC and has also been nominated to the Rajya Sabha by Banerjee’s party.

This meeting with the leadership of the Shiv Sena and NCP comes in the backdrop of her deliberate decision not to meet Congress working president Sonia Gandhi during her recent visit to New Delhi last week.

In New Delhi on Monday, the TMC did not sign the joint statement issued by opposition parties, including Congress, NCP, Janta Dal (Secular), Dravida Munnetra Kazhagam (DMK) and the Left parties, even though the statement was to protest the action against 12 Rajya Sabha MPs, two of whom belonged to the TMC. Explaining the party's stance, TMC Rajya Sabha MP Derek O'Brien said in New Delhi on Tuesday, "We want opposition unity, but that does not mean we need to put a rubber stamp on it."

Churchill landed in Calcutta on a day the TMC held its working committee's meeting in the city. Former BJP stalwart Yashwant Sinha, who joined the TMC ahead of the 2021 assembly election, was present in it, along with the new inductees such as former Haryana Congress president Ashok Tanwar, former Meghalaya chief minister and current leader of the opposition Mukul Sangma, former Janta Dal (United) MP from Bihar Pavan Verma and former tennis legend Leander Peas.

While interacting with journalists, Sangma said that even G-23 leaders, a coinage used to refer to a group of disgruntled Congress leaders, were keeping in touch with the TMC. It has become the main opposition party in Meghalaya Assembly overnight after 12 of the state's 17 Congress MLAs switched over to the TMC last week.

In the recently-held Tripura civic polls, which was marred by allegations of violence, intimidation and rigging by the state's ruling party, the BJP, the TMC has evidently eaten into the Congress' almost entire vote bank as well as some of the Left.

Among other decisions taken at the TMC's working committee meeting, two were significant - the size of the 21-member working committee will be expanded to accommodate leaders from other states and the party’s constitution will be changed. The second decision sounded rather strange. Why would a party need to change its constitution for its expansion drive, especially when that party has been trying to make inroads outside Bengal for several years, though without much success?

“It’s because in the present constitution of the party, there is no scope for a vetoing power of the chairperson. We did not need it because Banerjee’s words had always been the last word. But now that many new leaders are entering and many of them will find a place in the national committee, this is a necessary step to ensure that the control of the party remains at her hand under any situation,” explained a TMC veteran who was present at the meeting.

The TMC has announced its next working committee meeting will be held in New Delhi. Before that, a few more inductions from different parties can be expected, a senior TMC leader told Outlook.

Before that, what transpires around Alemao's possible switching of camp and Banerjee's expected meeting with Pawar on Wednesday remains to be seen.