Senior Congress leader Marri Shashidhar Reddy said it was not a political event and the CM's participation would have instilled confidence in the people to take the vaccine. 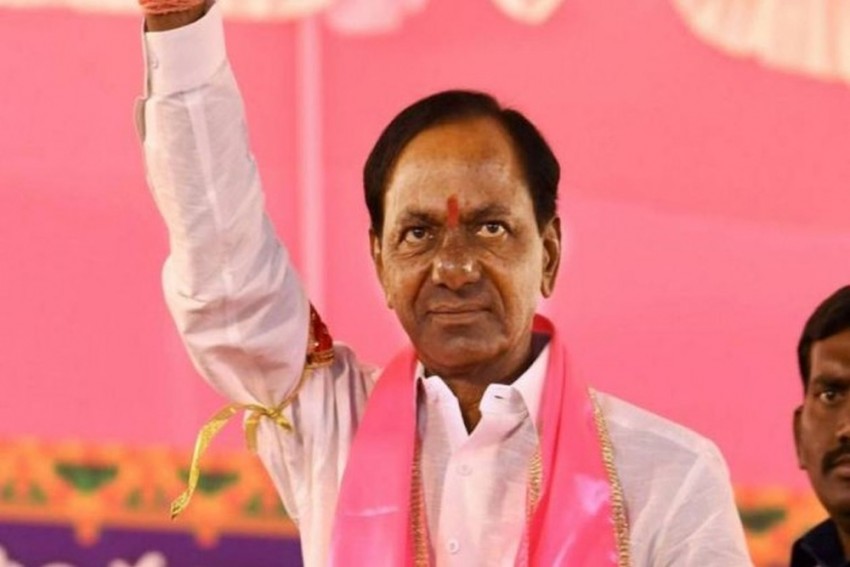 Telangana Chief Minister K Chandrasekhara Rao’s absence at the nation-wide launch of the Covid-19 vaccine in his state was conspicuous. And the Opposition was quick to pounce on him.

"Could there be a more important event for India as a nation than the launching of the Covid vaccine on such a massive scale, after the distress pandemic caused in the last 8-10 months?” asked the BJP state unit Chief Spokesperson K Krishna Saagar Rao.

He said this reveals KCR's real concern towards public health. Almost all state chief ministers, including the non-BJP governments, have shown active participation and have expressed their joy over India’s initiative against the Coronavirus, he added.

The Congress was not far behind in attacking Rao for skipping the vaccine launch program. “It’s disgusting, to say the least. The chief minister had never taken any initiative for the prevention of the spread of the virus since it broke out in March 2020 in India. He hardly presided over meetings to discuss measures to combat the Covid-19,” said senior Congress leader Marri Shashidhar Reddy.

He said it’s reprehensible that he asked the chief secretary, Somesh Kumar, to depute on his behalf. Telangana Governor, Dr Tamilsai Soundarajan, who is a qualified doctor, came out and participated.

Reddy says it was not a political event and the CM's participation would have instilled confidence in the people to take the vaccine. “Yes, some people might have expressed their doubts over the vaccine's effect, yet it is no mean achievement as a nation. Everyone should feel proud as the vaccines are indeed manufactured indigenously," he said.

When Outlook tried to reach out to some senior ruling Telangana Rashtra Samithi (TRS) leaders, they refused to be dragged into the controversy.

The TRS leaders claim the state was at the forefront of the national fight against Covid by keeping the mortality rate much lower than the national average.

What's interesting is that even Asaduddin Owaisi of All India Majlis-e-Ittehadul Muslimeen (AIMIM), who has been vociferous in his criticism of the Modi government’s handling of Covid-19, came out to oversee arrangements and smooth conduction of the vaccination at Osmania General Hospital.