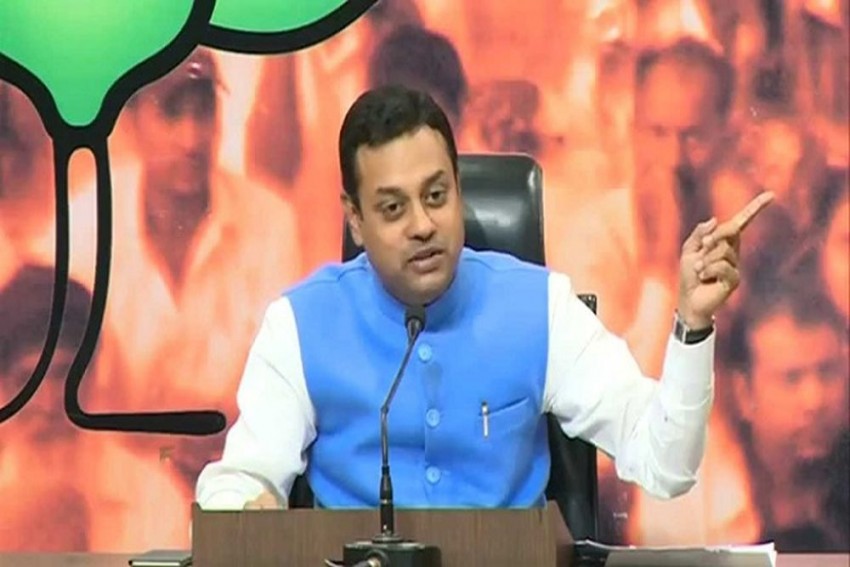 These parties have always stood with anti-India forces in their bid to attack Prime Minister Narendra Modi, said BJP Spokesperson Sambit Patra, in response to the criticisms given by the opposition parties over the arrest of Disha Ravi.

The activist's arrest has totally exposed the "nefarious conspiracies of the break India forces" to demean the integrity of India, added Patra citing the Delhi Police press conference.

As far as the opposition, particularly the Congress is concerned, in its attempt to attack Modi they have "always stood with anti-India forces", he claimed.

"Astonishingly for the opposition Bharat Ratnas like Lata Mangeshkar and Sachin Tendulkar can be investigated but 'break India forces' should receive protection under the garb of freedom of expression.

"These parties were crying 'arrest the perpetrators' on 26th January, but today when they are arrested, the same Congress cries foul," Patra said.

Attacking those accused of sedition by the police in the toolkit case, he alleged that they not only created a toolkit which perpetrated the January 26  disruption but also collided with a banned organisation "Poetic Justice Foundation" to promulgate the Khalistani design to belittle India.

Opposition leaders have attacked the government for the arrest of the young activist.

"Your lips are free to speak. Say that the truth is still alive. They are scared, not the country. India will not be silenced," Congress' Rahul Gandhi said.