In a recent supplementary chargesheet, the Delhi Police, citing statements of those arrested, had named CPI(M) leader Sitaram Yechury along with other activists in the case. 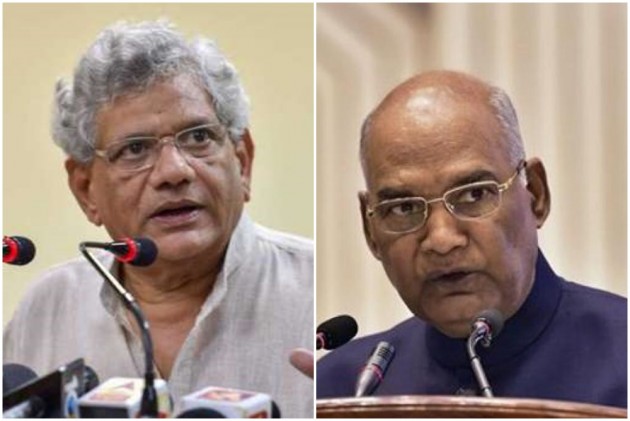 Opposition leaders like Congress' Ahmed Patel, CPI's D Raja, CPI(M)'s Sitaram Yechury, DMK's Kanimozhi and RJD's Manoj Jha will meet the president on Thursday to highlight their concerns over the probe into the Delhi riots, a senior leader told PTI.

"We will submit a memorandum regarding the Delhi police's investigation and inquiry into the Delhi riots and how they are handling the inquiry.

"We will also explain to him what is happening and seek his intervention," said the CPI general secretary.

In a recent supplementary chargesheet, the Delhi Police, citing statements of those arrested, had named Yechury along with other activists in the case.