Parliament on Wednesday approved amending the Constitution to provide 10 per cent reservation to general category poor in jobs and education with the government terming the landmark move as "slog over sixes". 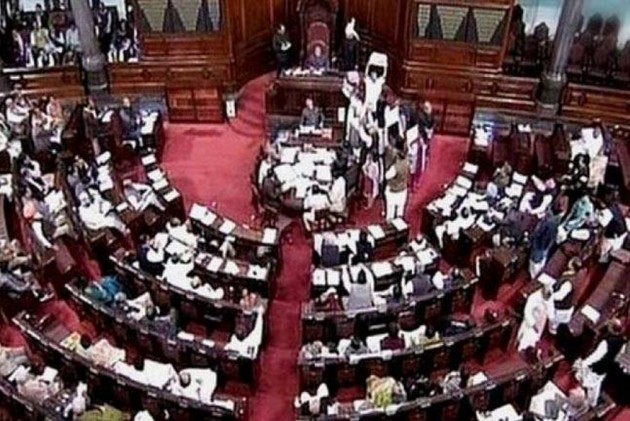 All major parties supported the passage of a bill for providing 10 per cent quota for economically weaker sections, even as opposition raised questions about the haste shown by the government months ahead of Lok Sabha polls and about the judicial scrutiny of the new legislation.

While few parties such as RJD and AIADMK opposed it and AAP abstained from the voting on the bill in the Rajya Sabha on Wednesday, the main opposition party Congress and several others including SP, BSP and TMC voted in support, even as many wondered how it will benefit the people when jobs were shrinking.

A day after the Lok Sabha approved the Constitution (124th Amendment) Bill, 2019, the Rajya Sabha passed the law with 165 voting in favour and 7 against.

Applauding Prime Minister Narendra Modi and the entire Union Cabinet for passage of the bill by Parliament, BJP chief Amit Shah thanked members of all parties who supported the bill in the Rajya Sabha Wednesday.

Union Finance Minister and Leader of House in the Rajya Sabha Arun Jaitley said this endeavour of the Modi government ensures social justice and empowerment for all.

Echoing similar sentiments, Union minister Smriti Irani said today is a historic day and we all have become a part of constitutional history of the country and questioned why opposition did not bring such constitutional security for the poor.

Union Social Justice Minister Thawarchand Gehlot, who tabled the bill in the Rajya Sabha, said in the next few days the government will conclude all formalities for the implementation of the bill.

Senior Congress leader Ahmed Patel termed the bill as an "election gimmick" and expressed concern over its implementation as it was brought in haste.

"The government has not done any homework for this important legislation and I am worried about its implementation," Patel said.

AAP leader Sanjay Singh, who abstained from the voting, described it as stabbing knife in back of common man.

Parliament on Wednesday approved amending the Constitution to provide 10 per cent reservation to general category poor in jobs and education with the government terming the landmark move as "slog over sixes".

In the last leg of the legislative process, the bill will now go to the President for approval.