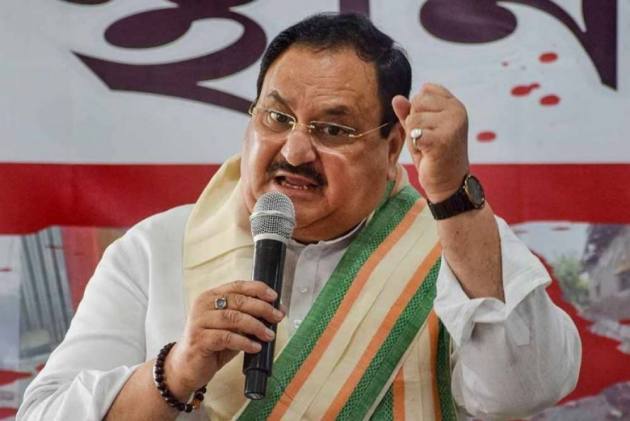 On Tuesday BJP President JP Nadda took a dig at the Opposition leaders in Assam in the second wave of the pandemic, stressing their failure to come to the aid of those in need.  While addressing a meeting of the state BJP executive virtually, Nadda said, “All the (opposition) parties were in quarantine with some having reached the ICU. It was the BJP members who reached out to those in distress”.

Nadda also said that the opposition parties emerge only during elections as political 'tourists', but are nowhere to be seen once the polls are over.

In the meeting,  Nadda also urged the party's newly-appointed state unit president Bhabesh Kalita and Chief Minister Himanta Biswa Sarma to take up vaccination of all eligible people in the state on a "mission mode".

Cong Will Be Remembered For ‘Duplicity, Pettiness’: JP Nadda To Sonia Gandhi

He asked Kalita to ensure that all party workers are engaged in vaccination awareness drives throughout the stateto remove any hesitancy, if it still exists.

Nadda thanked the people of Assam for defeating the "forces of communalism and corruption" and putting their faith in Prime Minister Narendra Modi's development agenda.

The incident occurred a day after Chief Minister Himanta Biswa Sarma said that the Assam government will take specific policy measures to slow down the growth of minority population with an aim to eradicate poverty and illiteracy.