Uttar Pradesh Deputy Chief Minister Dinesh Sharma on Sunday accused the opposition parties of indulging in communal and casteist politics, and urged people to vote for the BJP in the upcoming Assembly polls. 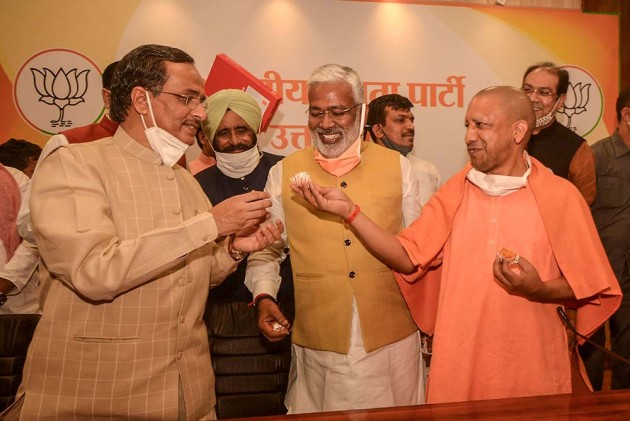 Addressing his party's Jan Vishwas Yatra in Sultanpur, Sharma said people need to remember BJP’s symbol, instead of the candidate, and sought their support.

Sharma praised his party’s government for action against criminals, saying on the land grabbed by them, houses for the poor are being built.

"Now, bulldozers run on the land grabbed by the mafia," he added.

Meanwhile, addressing the Jan Vishwas Yatra in Kanpur, Deputy Chief Minister Keshav Prasad Maurya said the Ram temple in Ayodhya and the scrapping of Jammu and Kashmir’s special status was possible after people made Narendra Modi the prime minister.

Highlighting achievements of the Centre and the state government, he claimed that the BJP will win 300 Assembly seats in next year’s Assembly elections. Uttar Pradesh has 403 Assembly seats.