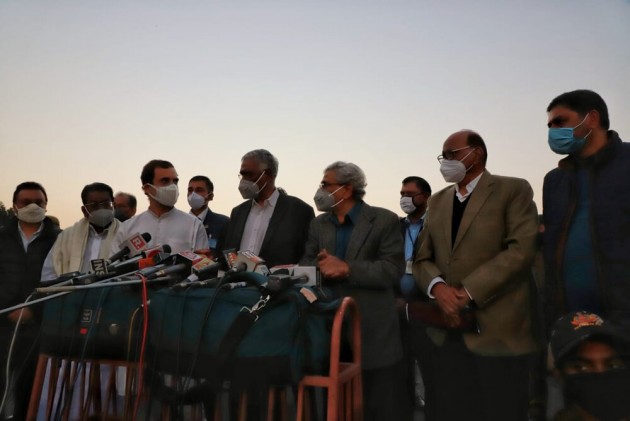 "We met the President and informed him of our view regarding the three farm laws. We have asked for their repeal. We informed the President that it is critical that they are taken back," Rahul Gandhi told reporters after the meet. He said the way the farm laws were passed in Parliament, "we feel it was an insult to farmers and that is why they are protesting in the cold weather against them". 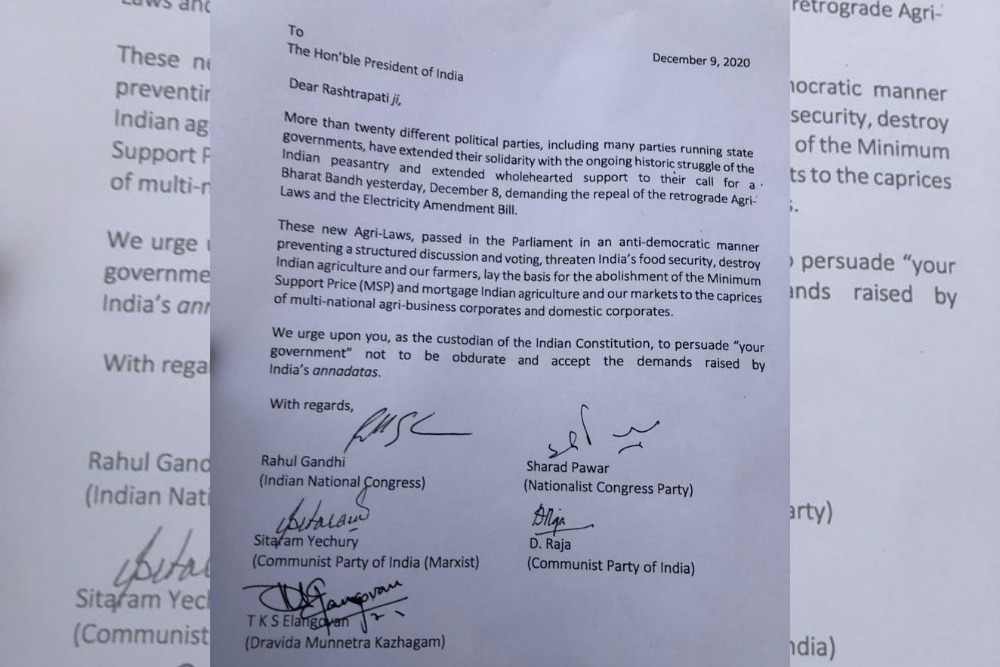 The former Congress chief said the new laws appeared aimed at handing over the farming sector to the "friends of the prime minister", but the farmers are fearless and would not back off and will continue with their peaceful agitation.

NCP leader Pawar said various political parties have requested the President to repeal the laws as they were not discussed with either stakeholders or in the Select Committee of Parliament.

Yechury said, "We told President that the three farm laws were passed undemocratically in Parliament and have sought the repeal of these laws."

The Opposition delegation was limited to five because of the Covid-19 situation, the leaders added.

However, the protesting farmers have expressed apprehension that the new laws would pave the way for eliminating the safety cushion of Minimum Support Price and do away with the mandis, leaving them at the mercy of big corporates.