Sharma also reminded the PCC president that about a month and half ago he had not only opposed Kejriwal but even taunted his own Chief Minister Charanjit Singh Channi over freebies, claiming Punjab needed a new model. 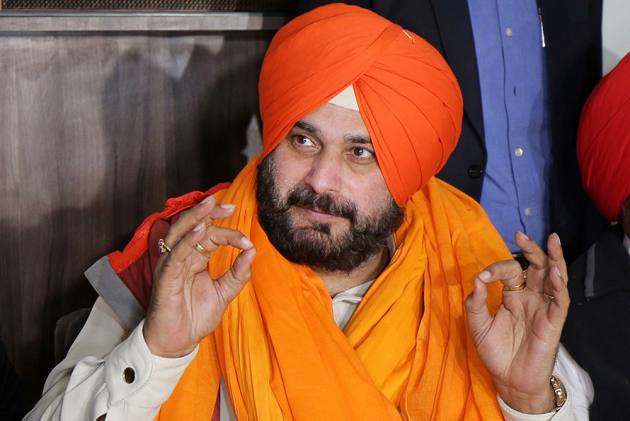 The opposition parties on Monday slammed Punjab Congress chief Navjot Singh Sidhu for announcing freebies ahead of the Assembly polls, saying till now he has been opposing such announcements. They said the Congress leader made the announcement as he knew that his party won’t be coming to power in the state in the upcoming Assembly polls. To woo voters, Sidhu on Monday promised Rs 2,000 per month for women homemakers if his party returns to power.

Sidhu also promised eight free cooking gas cylinders every year, two-wheelers for girls taking admission in colleges for further studies, Rs 20,000 to those passing Class 12, Rs 15,000 to the ones passing Class 10 and Rs 5,000 to those passing Class 5. Reacting to the announcements made by Sidhu, Punjab BJP general secretary Subhash Sharma asked why he wanted to wait for the formation of the new government to provide "freebies" to women and girls and why his party's government is not doing it right away.

"It is like a post dated cheque of a bank that has already gone bust," said Sharma, claiming that everyone knew that the Congress government has "outlived its time in Punjab and there was no chance of it coming back". The BJP general secretary said it was a clever "ploy to cheat and befool people". "You are simply trying to outwit Delhi Chief Minister Arvind Kejriwal in cheating people, but you are mistaken as people are too wise to walk into your alluring trap," he told Sidhu.

Sharma also reminded the PCC president that about a month and half ago he had not only opposed Kejriwal but even taunted his own Chief Minister Charanjit Singh Channi over freebies, claiming Punjab needed a new model. "What happened to that model, you have been shouting about while thumping your chest," the BJP general secretary asked him, adding, "your tweets are too recent to be forgotten by people".

Aam Aadmi Party leader Raghav Chadha called Sidhu "a person without stand". Chadha in a tweet said, "There is a saying in Punjab that even a bicycle has a stand, but Sidhu has no stand." Chadha accused Sidhu of copying the announcements made by Kejriwal. Shiromani Akali Dal leader Daljit Singh Cheema called Sidhu's promises as "lollipop" and said it has become clear that the Punjab Congress chief now knew that his party was not returning to power. He said "false statements can never be fulfilled".