Congress legislator Nurul Huda had moved the demand for adjournment motion at the end of the Question Hour in Assam Assembly. 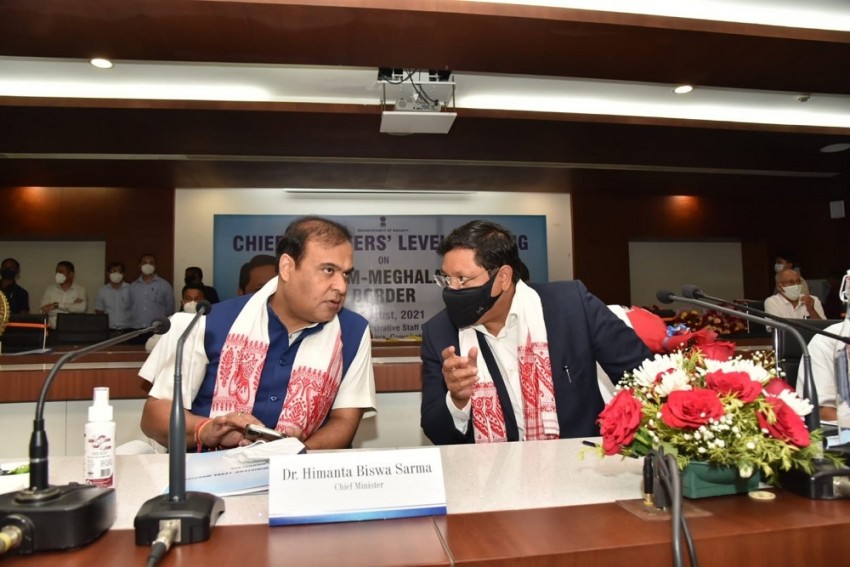 Assam Assembly Speaker on Monday refused an adjournment motion moved by Congress regarding alleged attempts of encroachment by Meghalaya. The incident caused a united Opposition to stage a walk-out amid the session.

The leaders were demanding a discussion on alleged encroachment attempts by neighbouring Meghalaya.

The opposition parties also expressed dissatisfaction over the government's failure to respond on the report of an all-party Assembly delegation that had recently visited the tense interstate border with Mizoram, following violent clashes on July 26 that left seven people dead on the Assam side.

The chief minister not informing the House on the discussion with his Meghalaya counterpart over the border dispute was also rued by the opposition benches.

Congress legislator Nurul Huda had moved the demand for adjournment motion at the end of the Question Hour.

He cited newspaper reports that claimed that Meghalaya was carrying out border survey using drones in Khanapara area in Guwahati under Kamrup Metropolitan District of Assam.

Another Opposition MLA, Phani Talkudar of the AIUDF, said a marking after the survey was done right in front of his Khanapara residence.

Speaker Biswajit Daimary, however, refused to allow the adjournment motion.

Parliamentary Affairs Minister Pijush Hazarika informed the House that the drone survey was being done with due permission from Kamrup Metropolitan District authorities and a similar exercise will be conducted by Assam as well.

"I am confident there can be no encroachment due to that (survey)," he added.

Hazarika said the current status of encroachment by different neighbouring states has been placed in the House in reply to a question put forth by one of the legislators.

Leader of the Opposition Debabrata Saikia and his deputy Rakibul Hussain said the minister citing a reply instead of giving a statement on such a “sensitive issue” is unfortunate.

Hazarika later said the government was willing to give a statement on the issue of the drone survey by Meghalaya, and the Speaker requested opposition members to remain in the House.

The combined opposition, comprising the Congress, the AIUDF, the CPI(M) and one Independent legislator, however, staged a walk-out in protest.