The minister said instead of protesting in Parliament against the farm laws, the opposition should have listened if they cared for farmers. 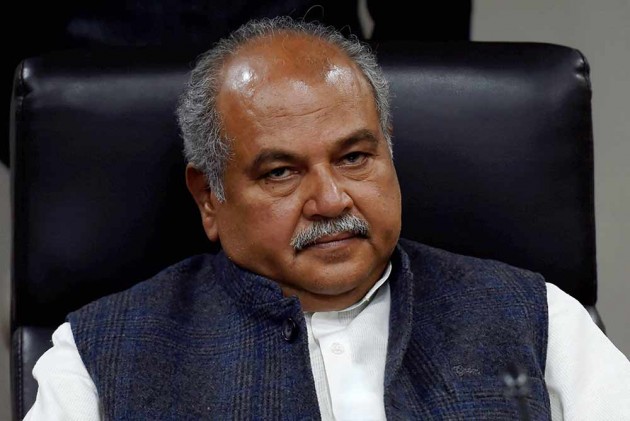 Calling Opposition’s protest in Parliament on farm laws as ‘undemocratic’, Union Agriculture Minister Narendra Singh Tomar said ‘it proves there is nothing wrong in the new farm laws’.

He however said the “problem lies in perception”.

In the Upper House, the Opposition protested vehemently when its request for a calling attention motion on agriculture issues was converted into a short-duration discussion.

Stating that this "irresponsible behavior" of the Opposition has hurt the democracy, Tomar said, "I reproach the undemocratic behavior of Congress, TMC and AAP in the House when the discussion began on agriculture."

He said if the Opposition members were concerned about farmers and agriculture, they would have participated in the discussion and kept their view points instead of protesting.

"We were ready to listen to their criticism as well as their suggestions. If the policies were to be amended based on those suggestions, the government was open to that also," he said.

Tomar further said the Upper House discussed the Covid-19 issue and the government wanted discussion should take place on agriculture as it is connected with everyone's life.

However, the irresponsible behaviour of the Opposition in the House during discussion on agriculture has hurt the Indian democracy.

The Opposition wants to mislead the country by telling lies. Its motive is to do vote-bank politics and family-based politics with selfish intension, he added.

The minister highlighted that the government under the leadership of Prime Minister Narendra Modi has taken several measures to improve the farm sector and many schemes are being implemented which all have lead to growth in the sector and prosperity in the lives of farmers.

"But the Congress members are unable to digest this," he said, adding that the farmers across the country are standing with the new farm laws and agriculture schemes.

Condemning the ruckus created in the Upper House, Parliamentary Affairs Minister Prahlad Joshi told reporters that the Opposition had demanded that agriculture matters should be discussed and the Chair accepted it.

"Later the opposition created a ruckus sitting on the reporter's table and threw book over chair and members....They were sitting on the table even after the House was adjourned. Some staff have been hurt. ....we have never seen such behaviour," he said, and asked what the Congress and its allies want.

The government is ready for discussion on the agrarian crisis, he said, adding that the OBC bill being passed in the Lok Sabha is not being tolerated by them.

Eight months on, thousands of farmers mainly from Punjab, Haryana and western Uttar Pradesh have been camping at Delhi's borders in protest against the three laws.

The government and unions have held 11 rounds of talks, the last being on January 22, to break the deadlock and end the farmers' protest. Talks have not resumed following widespread violence during a tractor rally by protesting farmers on January 26. (With PTI inputs)