The onslaught against OTV is widely believed to be the Naveen Patnaik government's way of dealing with Jay Panda, who broke away from the BJD and joined the BJP months before the 2019 general elections. 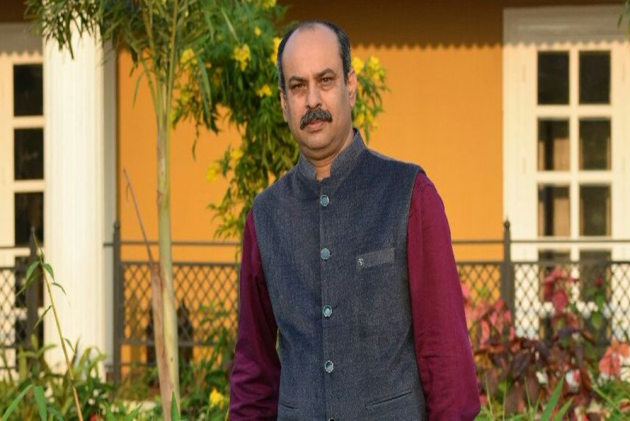 Ramesh Rath, a senior journalist with Odisha Television Ltd (OTV) was allegedly picked by police from near his residence in Bhubaneswar on Thursday. He was taken away by four to five policemen to an unknown location at about 2 pm.

"He kept pleading to the police to tell him what offence he was being picked up for. But the policemen did not answer. They just shoved him into the waiting vehicle," Rajashree Sahoo, a senior anchor with OTV who was an eyewitness to the incident, said. "They did not even allow him to inform his family about it though he was just outside his home. When he tried to make a call, his mobile phone was snatched away," she added.

Following this, a police team has now reached the OTV office. But there is no word yet from Odisha police on why they were there. Nor is it clear if the men who whisked away Rath, who were in police uniforms, were from the Bhubaneswar-Cuttack Twin City police or from some district. The action against Rath is significant because he headed the investigation team of OTV, which has done a series of operations exposing the BJD government.

Recently, a senior OTV staffer was repeatedly summoned and grilled for hours together on flimsy grounds in two cases.

The onslaught against OTV is widely believed to be the Naveen Patnaik government's way of dealing with Jay Panda, who broke away from the BJD and joined the BJP months before the 2019 general elections. Panda's family owns a majority share in OTV.