Last week, India released fresh maps of the newly-created UTs of Jammu and Kashmir, and Ladakh. 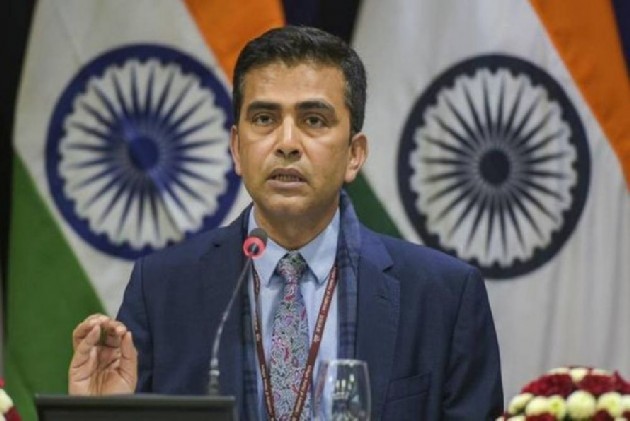 India on Thursday said the new map issued by it last week accurately depicts its sovereign territory and it has in no manner revised its boundary with Nepal, a day after the Himalayan nation objected to the Kalapani area being reportedly shown as part of the Indian territory.

The Nepal government on Wednesday made it clear that the Kalapani area situated in the country's far-West lies within the Nepalese boundary.

India on Saturday released fresh maps of the newly-created Union Territories (UTs) of Jammu and Kashmir, and Ladakh and the map of India depicting these UTs.

"Our map accurately depicts the sovereign territory of India. The new map has in no manner revised our boundary with Nepal," Ministry of External Affairs spokesperson Raveesh Kumar said at a media briefing.

"The boundary delineation exercise with Nepal is ongoing under the existing mechanism. We reiterate our commitment to finding a solution through dialogue in the spirit of our close and friendly bilateral relations," he said.

At the same time, both the countries should guard against vested interests trying to create differences between our two countries, the MEA said.

The Nepal government has said the media reports drew its attention to the Kalapani area being included in the new Indian map.

The Nepal government is clear that the Kalapani area lies within the Nepalese territory, the Nepalese Foreign Ministry had said.