Minister of External Affairs S Jainshankar said India's narrative on issues like cross-border terrorism and abrogation of Article 370 has been articulated to a global audience. 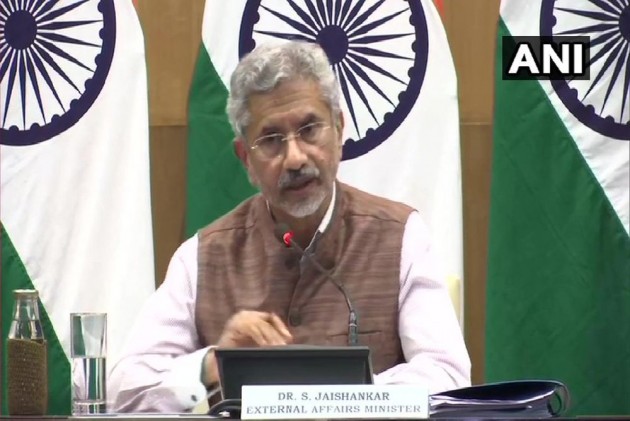 In an apparent reference to Pakistan, External Affairs Minister S Jaishankar on Tuesday said India has a "unique challenge" from one neighbour who needs to act normal and take action against cross-border terrorism.

Addressing his first press conference after assuming the office as External Affairs Minister in May, Jaishankar, while presenting the ministry's work in the first 100 days, also said one of the key achievements of the government in this period has been a strong connection between national security and foreign policy goals.

He said Indian voice is now heard much more on the global stage, be it at G20 Summit or at climate conferences.

The minister said India's narrative on issues like cross-border terrorism and abrogation of Article 370 has been articulated to a global audience.

In an obvious reference to Pakistan, Jaishankar said, "We have a unique challenge from one neighbour and that would remain a challenge so until that neighbour becomes a normal neighbour and acts against cross-border terrorism."

He also said that it is a matter of great honour that US President Donald Trump has accepted the Indian community's invitation for PM Modi's Houston event.

He said that India-US relations have come a long way and  "I assure you that relations are in very good health. As the relationship grows there will be issues. "