'Our Police, Our Security': Whose Police Is It Anyway In Bhubaneswar? 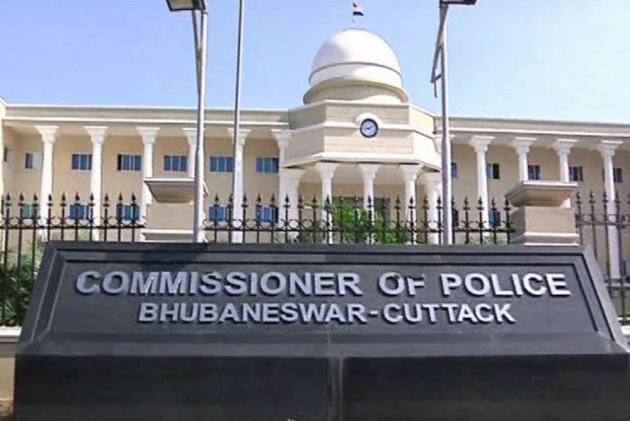 Speaking at the foundation day function of the Bhubaneswar-Cuttack Commissionerate Police on January 1, commissioner Sudhansu Sarangi had announced a change in the elite force’s motto from “We Care, We Dare” to “Our Police, Our Security”. But the events since then have raised questions on whose police it really is and whose security is its responsibility.

In the first of these incidents, a group of about 25 masked goons, perhaps taking a cue from the hooded hooligans who assaulted students and teachers in JNU recently, went on a rampage – assaulting street vendors brutally with weapons, ransacking their shops and spreading panic all around – at the Unit II Market Building in Bhubaneswar, the busiest market in town, at 6.30 in the evening, a time when it’s choc-a-block with shoppers and merry-makers. The mayhem continued for a good 20-25 minutes despite the fact that the Capital police station is just across the road. In any case, a PCR van is always expected to be round the corner. The assailants, many of them minors, were later arrested, but that has failed to reassure the vendors, who are a terrified lot. “How can we trust the police after this? Where is the guarantee that it would not happen again?” asked one of them in a conversation with Outlook.

In the second incident last Tuesday, Parvinder Pal Singh, a young Sikh businessman, was severely assaulted by a group of youth, who were blocking the road, when he asked them to clear the passage so that his car could proceed and get inside his apartment in Laxmisagar area of the city. Terrified by the assault, Singh ran inside the apartment with his daughter and called 100. A PCR van did arrive soon and the cops asked him to come out. But when he did, the second and the more severe round of assault started as the policemen looked on. Their silence is perhaps explained by the fact that Deepak Jena, the leader of the assaulting gang, is the younger brother of the former BJD corporator of the area. After the issue snowballed into a major embarrassment for itself following a spate of media reports and outrage on social media, Twin City police did arrest the three assailants the next day, but they were released on bail in next to no time.

Scared Of The High And Mighty, Odisha Police Is Always At His Master's Service

Police Imperil The People They Are Supposed To Protect

The impression that the police did not act tough in the case because of the involvement of a BJD leader’s kin was further strengthened when BJD MLA from Bhubaneswar (Central) and former Mayor Ananta Narayan Jena, in the company of senior police officer Anup Kanungo and two others, was caught on CCTV camera at Singh’s apartment at 1.30 AM on Wednesday night. “They kept banging on the door for nearly an hour, but ultimately had to leave since we did not open the door,” Singh’s wife Kamaljit told media persons the next morning. The CCTV footage has raised several questions. What was the MLA doing at the victim’s house at that unearthly hour? Whatever the purpose, why he couldn’t wait till the next morning? What was Kanungo, a DSP in Khurda who has nothing to do with the commissioenrate police, accompanying the MLA?
While no answers are forthcoming from the police on the presence of Kanungo, Jena has sought to explain away his presence saying; “As the local MLA, it was my duty to console and assure him of support. That’s why I had gone to his house.” For obvious reasons, it was an explanation no one is buying, least of all Singh’s family. “He found time only at 1.30 AM? Why couldn’t he come in the morning or in the evening?” asked Kamaljit Singh.

Three days after the assault, Singh is still in a state of trauma. “One of them picked up a brick and hit me hard on my head. I could have lost my life. It was a clear case of attempt to murder. But the police clearly pressed minor charges against them so that they could get bail within hours. We fear for our life and are planning to go back to Punjab,” he said, adding he suspected that he was targeted because he took part in the protest against the demolition of the Mangu Math, a Sikh shrine near the Lord Jagannath temple in Puri where Guru Nanak had stayed for some time.

Between these two incidents, there was another case that raised serious question about the commitment of the Twin City police to fairness and evenhandedness. Sunil Mishra, a DGM in a private bank in the city, befriended a woman, a lecturer in a private college in the city, on dating app Tinde. After an introductory meeting at a café, the man invited the woman to his apartment, where the two apparently boozed and had sex. But the next morning, while going to drop the lady at a hospital as per her request, the man was waylaid by five youth who robbed him of Rs. 30, 000 and mobile phone and demanded Rs 5 lakh, threatening to make public a video of his sex with the woman. Convinced that the woman was in league with the youth, the man filed a complaint in the police. But soon after, the lady too filed a rape case against the banker. Police arrested both the man and three of the youth but let the woman free. The bank officer, in contrast, was sent to jail after being produced in the court. On Thursday, the man’s mother and members of a woman’s organisation sat on a dharna in front of the Chandrasekharpur police station all day and even attempted to self-immolate demanding the arrest of the lady lecturer. “When the two had consensual sex, why was my son arrested while the woman was let off,” asked the distraught mother.

The credibility of the Commissionerate Police has taken a severe beating after the three back-to-back incidents. Its efforts to convince the people of the city that it’s ‘our police’ has failed to convince anyone.