Ram Gopal Verma sought to make amends with another tweet. But far from assuaging the hurt feelings of Odias, he only managed to invite further trouble for himself. 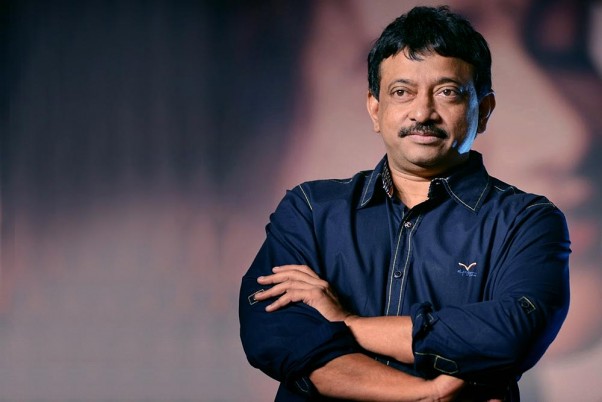 Ram Gopal Verma is no stranger to controversies. The Bollywood director has an uncanny knack of ruffling feathers with his comments and has received more than his share of criticism for them. But this, perhaps, is the first time he has been at the receiving end of barbs from Odias for a rather ill-advised and insensitive comment about the state.

RGV must have thought he was only being cheeky when he tweeted about his latest find, Odia girl Apsara Rani, thus on July 6: “Before meeting Apsara, I didn’t even hear about Orissa since the 1999 hurricane.. but after meeting her now, I realise that Orissa creates all kinds of hurricanes.. it’s been a great revelation that Orissa has such beauties... More power to Orissa @apsara_rani.” This was one of a series of tweets by him promoting Odia girl Ankita Maharana who he has cast in his latest flick “Thriller’ and given the screen name Apsara Rani.

Before meeting Apsara,I dint even hear about Orissa since the 1999 hurricane..but after meeting her now ,I realised that Orissa creates all kinds of hurricanes..it’s been a great revelation that Orissa has such beauties ..MORE POWER TO ORISSA âÂÂÂÂ¦@apsara_rani_âÂÂÂÂ© pic.twitter.com/v8MStRM5ab

But the reaction from Odia twitterati has been nothing short of a sledgehammer. And they haven’t stopped coming yet. Taking serious offence to his rather uncharitable remarks about the state and its talent pool, social media users have been slamming him ever since. While some took exception to his misspelling of the state’s name, others badgered him for his ignorance about the achievements of Odias in various fields.

“Just proves why education is so important. Art can be lost in #aag. What a fall! Also, spell check could have saved the #Odisha blues. #IdiotsEverywhere,” tweeted Manoj Mishra, the Information Technology (IT) secretary, Govt of Odisha, who tweets at @manojmishratwit. “It’s definitely a scarcity of General Knowledge, Mr Bramhmaa..  oooopppps Verma,” said @SwayamPravas.

National award winning filmmaker Nilamadhab Panda (@nilamadhabpanda) joined the bandwagon, saying “No one is asking for your advice, Sir. Google is available. You should see to have more knowledge. We have great talents, one of the best to fight natural disasters, You need two days to hear how serious we are.”

“So what this idiot, so called RGV thinks .. after the 1999 cyclone, Odisha had been wiped out from India’s map or what? His brain and arrogance is just like his flop and bullshit movies,” tweeted Ashirbad Pattnaik (@kanhupattnk).

At least one Twitter user asked the Bollywood director to brush up on his knowledge of natural disasters. “Dear Pervert RGV, 1st it’s Odisha, not Orissa. 2nd, it ws super cyclone nt hurricane. Hurricanes are formed in Atlantic ocean and North Pacific ocean whereas Cyclones and super cyclones are formed in Indian Ocean and South Pacific ocean. And Odisha doesn’t cater to your perversion,” tweeted @paramomycin.

RGV, who obviously didn’t bargain for the barrage of criticism that came his way, sought to make amends with another tweet the next day. But far from assuaging the hurt feelings of Odias, he only managed to invite further trouble for himself.

“Never even thought of Odisha as a talent pool for the film industry. But going by @apsara_rani coming from there, both the rest of the country and Odisha itself should seriously look at Odisha,” said the director who shot to fame with cult movies like Satya and Company in the 1990s.

Never even thought of Odisha as a talent pool for film industry..But going by @apsara_rani_ coming from there , both the rest of the country and Odisha itself should seriously look at Odisha pic.twitter.com/gGfUwiPwfU

Uneasy at the unfavourable attention her mentor and first director was receiving, the Dehradun-born actress, who now lives in Hyderabad, also sought to control the damage.  “Sir, there is a lot better talent than me in Odisha but I just got an opportunity… I wish the rest of the country recognises this and takes Odisha talent seriously,” said @apsara_rani.

Sir there's a lot of better talent than me in Odisha but I just got an opportunity... I wish the rest of the country recognises this and take Odisha talent seriouslyðÂÂÂÂÂÂÂÂÂÂÂÂ https://t.co/Dbqoio9pKr

But that didn’t help matters as the enraged Twitteratti now turned their attention – and wrath – on her. She invited more trouble for herself when she refused to speak a word against RGV in interviews to Odia TV channels. “I am no one in front of Ram Gopal Varma. To be very honest, I am afraid to speak to him directly as he is my director and like a father-figure. He is not my friend or someone of my age and he is a big celebrity and I cannot question him,” she told leading Odia news channel OTV on Thursday.

For all one knows, however, RGV could not have been too perturbed about the disparaging comments he has invited from outraged Odias for his insensitive comment. He has obviously got what he sought in the first place: free pre-release publicity for his new film and the actor he was launching, which is nothing short of gold dust.

In some ways, the incident is a reminder of the ugly spat involving Delhi-based defence analyst Abhijit Iyer-Mitra’s sarcastic and unflattering references to Odisha in September, 2018 for which he had to spend 42 days in jail. It’s unlikely that RGV would meet a similar fate. But the incident has certainly left a bitter taste in the mouth.