‘Outsiders Were Brought In To Manhandle Leaders’: Opposition

In a joint statement, opposition leaders condemned the 'authoritarian attitude' and 'undemocratic actions' of the government 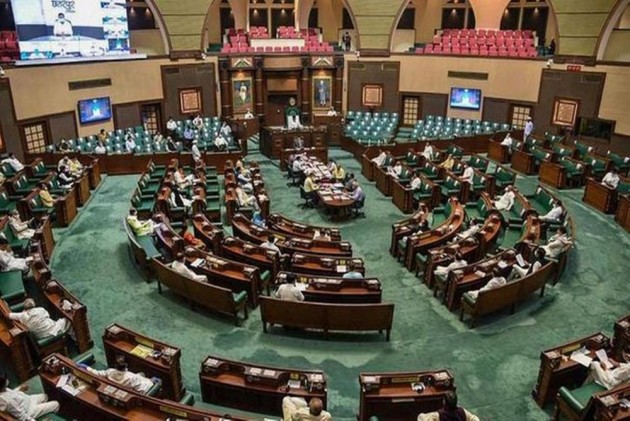 Hours after BJP accused opposition leaders of creating ruckus in parliament, Congress MP Rahul Gandhi and nearly a dozen other opposition leaders gathered outside Parliament to protest an abrupt end to the monsoon session and the alleged assault on women MPs.

They also called on Rajya Sabha Chairman Venkaiah Naidu to lodge a complaint, and alleged "outsiders who were not part of Parliament security were brought in to manhandle opposition leaders and members, including women MPs".

In a joint statement, opposition leaders condemned the "authoritarian attitude" and "undemocratic actions" of the government and said what had happened in the Rajya Sabha on Wednesday was shocking and an insult to the dignity of the House and humiliation of the members.

"Without any provocation... outsiders, who were not part of Parliament security, were brought in to manhandle opposition leaders and members, including women MPs who were only protesting the government's conduct, highhandedness and muzzling of their voice," a joint statement said.

They accused the government of deliberately derailing Parliament and alleged that opposition MPs including women members were manhandled by outsiders who were not part of Parliament security.

Accusing the government of stonewalling their demand for discussion, the opposition leaders charged that was it running away from the debate on Pegasus snooping issue.

The leaders of opposition parties earlier met in Parliament and later marched in protest to Vijay Chowk against the government.

The parties whose leaders were present at the meeting include those from the Congress, NCP, Shiv Sena, SP, DMK, CPIM, CPI, RJD, IUML, RSP and Kerala Congress (M).

TMC, AAP and BSP were not part of the meeting of opposition leaders which was also attended by former Congress president Rahul Gandhi.

"What happened in Rajya Sabha yesterday was shocking, unprecedented, sad and an insult to the very dignity of the House and humiliation of the members of the august House," they said in a joint statement.

They alleged that without any provocation from the Opposition, "outsiders who were not part of Parliament security were brought in to manhandle the Opposition leaders and members, including women Parliamentarians who were only protesting against the Government's conduct, highhandedness and muzzling of the voice".

"The Opposition strongly condemns the authoritarian attitude and undemocratic actions of the Government. We remain committed to continue our struggle against the assault on Parliamentary democracy and agitate the issues of national importance and people's concern," the joint statement said.

The leaders said the combined opposition had unanimously conveyed to the government at the all-party meeting that they proposed to discuss important national issues and matters of public concern which include the Pegasus issue which has serious implications for national security, farmers' agitation resulting from the three farm laws and rising prices of essential commodities, food grains, petrol, diesel and LPG which has burdened the people, besides the state of the economy.

"The Government stonewalled the Opposition demand for discussion. It has become abundantly clear that the present Government does not believe in Parliamentary accountability and was running away from debate on Pegasus which resulted in a deadlock," they said.

It is the Government, which is squarely responsible for the stalemate, as it has refused to accept the opposition's demand for an informed debate in both the houses, they alleged.

"The Government used its brute majority to push through its legislative agenda in violation of established procedures, conventions and spirit of Parliamentary democracy. To divert attention from its own conduct and actions, the Government has unleashed a state-sponsored, malicious and misleading campaign by blaming the combined Opposition for the disruption of Parliament," the leaders said.

Parliamentary Affairs Minister Pralhad Joshi had termed as "totally false" the opposition's allegations that marshals manhandled their MPs and said one can check facts from CCTV footage.

The tumultuous Monsoon session of Parliament was on Wednesday curtailed by two days even as an anguished Rajya Sabha Chairman M Venkaiah Naidu broke down over the huge ruckus in the House equating the act of some opposition MPs to "sacrilege in temple of democracy" and Lok Sabha Speaker Om Birla saying he was "extremely hurt" by continuous disruptions.