A majority of Indians waiting in line for family-based Green Cards are siblings of US citizens. 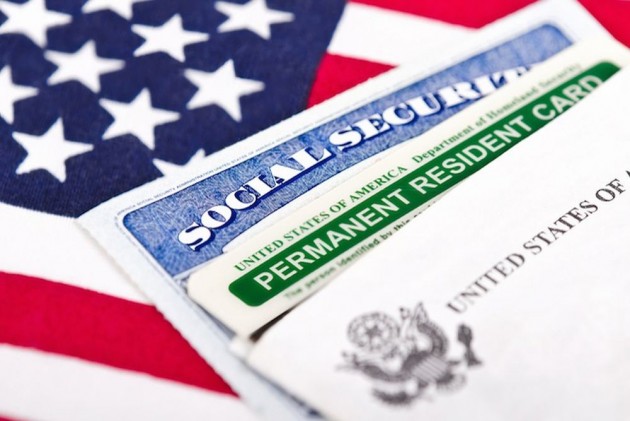 More than 2,27,000 Indians are waiting in line for family-sponsored Green Card or legal permanent residency in the United States, according to latest official data.

Currently, there are about four million people waiting in line for family-sponsored Green Cards against a Congressional cap of 226,000 per annum.

According to the Department of Homeland Security, a majority of Indians waiting in line for family-based Green Cards are siblings of US citizens. They number over 181,000. This is followed by 42,000 married children of US citizens and over 2,500 spouses and minor children of permanent residents.

The largest number of 1.5 million waitlist applicants is from America's southern neighbour Mexico, followed by a distant India with 227,000 and China with nearly 180,000.

Majority of those in the family-sponsored Green Card waiting list are siblings of US citizens. Under current law, US citizens can sponsor their family members and blood relatives for Green Cards or permanent legal residency.

President Donald Trump is against such a provision which he calls as chain immigration and wants to abolish it. The opposition Democratic Party is vehemently opposed to abolishing the family-sponsored immigration system.

In addition to four million family-sponsored Green Card applicants, another 827,000, a sizeable number of whom are from India, are waiting in line for permanent legal residency. The waiting line for employment-based green card applicant is painstakingly running into more than a decade for Indian IT professionals.