Over 200 Writers Including Arundhati Roy, Girish Karnad Urge Indians To Vote Out 'Politics Of Hate' In 2019

The writers said they didn't want rationalists, writers and activists to be hounded or assassinated, and demanded "stern measures against violence in word or deed against women, dalits, adivasis and minority communities". 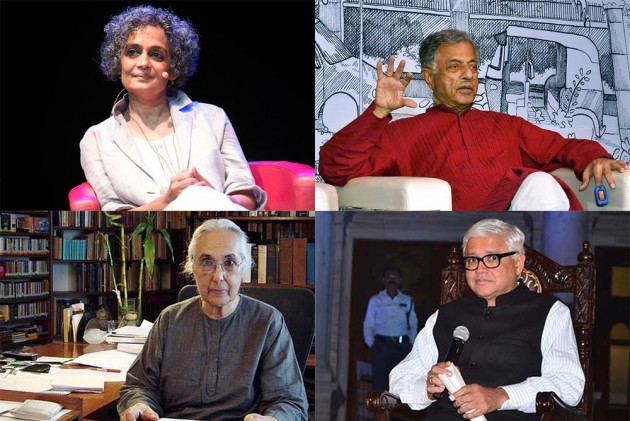 Over 200 writers from across the country have appealed to Indian citizens ahead of the upcoming Lok Sabha elections to caste their votes in favour of a "diverse and equal India", and help eliminate the politics of hate.

"Writers, artists, filmmakers, musicians and other cultural practitioners have been hounded, intimidated, and censored.

"Anyone who questions the powers-that-be is in danger of being harassed or arrested on false and ridiculous charges. All of us want this to change ... The first step, the one we can take soon, is to vote out hate politics ... and this is why we appeal to all citizens to vote for a diverse and equal India," the statement read.

According to the letter the country was at "crossroads" in the wake of the impending polls, and urged all Indians to support the idea of a nation that renewed the "promises made by the Constitution".

"Constitution guarantees all its citizens equal rights, the freedom to eat, pray and live as they choose, freedom of expression and the right to dissent. But in the last few years, we have seen citizens being lynched or assaulted or discriminated against because of their community, caste, gender, or the region they come from," it read.

The writers said they didn't want rationalists, writers and activists to be hounded or assassinated, and demanded "stern measures against violence in word or deed against women, dalits, adivasis and minority communities".

"We want resources and measures for jobs, education, research, healthcare and equal opportunities for all. Most of all, we want to safeguard our diversity and let democracy flourish," said the letter that was published in English, Hindi, as well as regional languages including Marathi, Gujarati, Urdu, Bangla, Malayalam, Tamil, Kannada and Telugu.

Last month, a group of 103 indie filmmakers including Anand Patwardhan, Sanal Kumar Sasidharan and Devashish Makhija also came together to issue an appeal to "defeat fascism" in the 2019 elections.